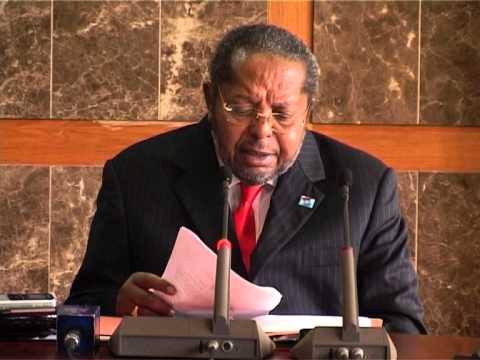 Bank of Uganda has maintained the Central Bank Rate (CBR) at 9% after reducing it from 9.5% in the last monetary statement of March 2018.
While delivering the Monetary Policy Statement (MPS) for April 2018 on Monday, Governor Emmanuel Tumusiime Mutebile noted that that the economic growth outlook is more positive than was forecast at the Monetary Policy Committee (MPC) meeting of February 2018 and there are signs of increased business confidence.

He revealed that contrary to what most Ugandans believe, the economy is growing at the right pace and is expected to grow more in the next three years.
According to the MPS, the composite index for economic activity (CIEA), which is used by BoU as a measurement for real economic activity growth, projects a growth of about 6.4% in February 2018.
Referring to the Uganda Bureau of Statistics (UBoS) quarterly Gross Domestic Product (GDP) Mutebile explained that economic growth is at 6.3% in 2017 compared to 3.0% in 2016.


read: Shilling to remain volatile undermined by repatriation of dividends