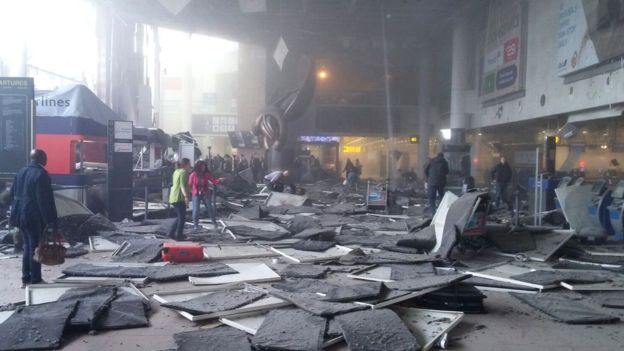 The disruptive impact of the Brussels Airport attack weighed on the April figures. IATA estimates that, absent the impact of the attacks, demand growth would have been around 5%.

“The disruptive impacts of the Brussels terror attacks will likely be short-lived. There are some longer-term clouds over the pace of demand growth. The stimulus from lower oil prices appears to be tapering off. And the global economic situation is subdued. Demand is still growing, but we may be shifting down a gear,” said Tony Tyler, IATA’s Director General and CEO.

April international passenger demand rose 4.8% compared to April 2015, the slowest pace in two years. Airlines in all regions recorded growth, led by the Middle East region. Total capacity climbed 5.6%, causing load factor to slip 0.6 percentage points to 77.8%
.
Asia-Pacific airlines’ April traffic increased 6.4% compared to the year-ago period. Slower economic growth in many of the region’s economies has been at least partly offset by an increase in direct airport connections that has helped to stimulate demand. Capacity rose 6.8% and load factor dipped 0.3 percentage points to 77.3%.

European carriers saw demand rise just 1.8% in April, which was well down on the 6.0% growth recorded in March. This reflects the impact of the Brussels terror attacks, which closed the airport for nearly two weeks. Capacity climbed 2.4% and load factor slipped 0.5% percentage points to 80.2%, which still was the highest among the regions.

Middle Eastern carriers posted a 12.7% traffic increase in April, the only region to see a double-digit percentage increase in demand. Capacity growth of 14.8% outstripped this rise, however, which caused load factor to fall 1.4 percentage points to 75.6%.

North American airlines’ traffic rose 1.1% compared to April a year ago, the smallest increase among regions. Capacity climbed 0.9%, causing a 0.1 percentage point rise in load factor to 78.3%. While the recent downward slide in international traffic growth paused in April, traffic levels remain below July 2015 on a seasonally-adjusted basis.

Latin American airlines experienced a 3.1% rise in April demand compared to the same month last year. Capacity increased by 2.9% and load factor edged up 0.1 percentage points to 77.7%. The upward trend in international traffic growth that characterized 2015 has paused even as the downward trend in domestic traffic for the region’s carriers has accelerated.

African airlines’ traffic climbed 9.9% in April. Capacity rose 11.1%, with the result that load factor slipped 0.7 percentage points to 66.3%, lowest among regions. The continued turnaround of the carriers coincides with expansion of long-haul networks by the region’s airlines.

Demand for domestic travel climbed 4.1% in April compared to April 2015, while capacity increased 3.8%, causing load factor to rise 0.3 percentage points to 81.4%. All markets reported demand increases with the exception of Brazil, which showed a 12.1% decline, reflecting the country’s ongoing economic recession and political turmoil.

China’s airlines recorded 9.5% domestic traffic growth, a strong rebound from the 3.3% increase recorded in March. Fears about slowing economic growth in the country have eased somewhat and increased growth in frequencies is helping stimulate demand.

India’s domestic traffic soared 21.8%, marking the 20th month of double-digit traffic growth and the 13th consecutive month it has led the domestic markets. Growth is being propelled by the comparatively strong economic backdrop as well as by substantial increases in service frequencies.