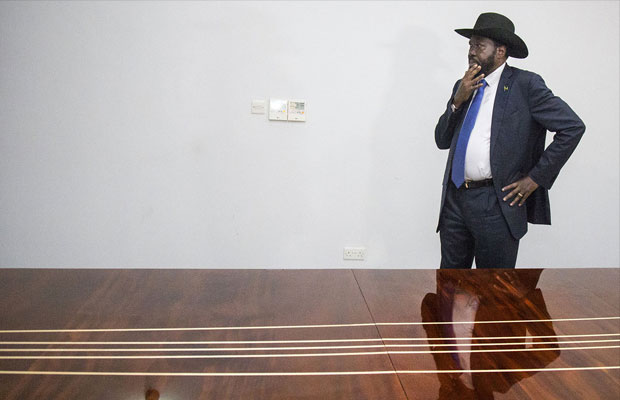 The African Union has announced its readiness to impose sanctions on individuals obstructing peace in South Sudan.
The AU Peace and Security Council (AUPSC) said in a brief statement Tuesday that it would soon punish the peace violators.


The targeted sanction, said the AUPSC statement, would pave the way for the peace agreement implementation.
The announcement comes just a day after Mr Festus Mogae, the head of the Joint Monitoring and Evaluation Commission (JMEC), called for action against the violators of peace in the young nation.

Mr Mogae said on Monday that JMEC had received 19 reports urging the AU and the regional bloc, the Inter-Governmental Authority on Development (Igad), to punish the peace violators.
South Sudan, which broke away from Sudan in 2011, soon descended into a civil strife pitting the loyalists of President Salva Kiir against those of his former deputy Riek Machar.


The country today faces a massive humanitarian crisis, occasioned by the war.
The South Sudan factions are expected to begin the last round of peace talks on Thursday.
///The East African