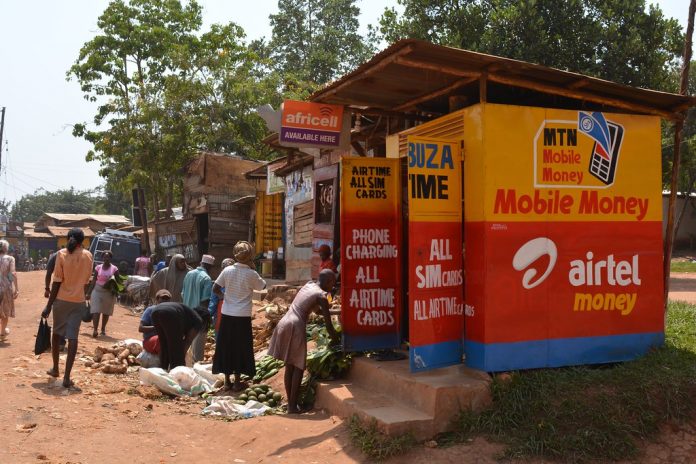 
According to Kampala Metropolitan Police Spokesperson Patrick Onyango, the thugs riding on unidentified motorcycles robbed the victims of unspecified amount of money before shooting them dead.
The deceased are Naluwadde Harriet 33 and her co-worker Nakabubi Moreen 25, all residents of Zana cell.
The two were reportedly shot deed near their shop as they were heading home.


Attacks on Mobile Money Businesses
There are increased reports of attacks on mobile money operators and businesses for example, on 9th April2019, at around 2330hrs, two (02) unidentified people who were travelling in an unidentified motor vehicle armed with a rifle waylaid one Magoma Isma, a mobile money agent at Nakaloke Central Cell, Nakaloke Town Council in Mbale District and robbed him of UGX 5,840,000, five (05) mobile phones and three (03) Matrix machines. They shot and injured him as well as the boda boda rider, Muzamiru Maasa who was transporting him home. The victims were taken to Mbale Regional Referral Hospital for treatment.

the same day at around 2200hrs, two (02) unidentified armed thugs attacked one Nampira Betty, a mobile money operator in Nansana West I Village, Nansana Division, Nansana Municipality and robbed her of UGX 3.3M. The suspects shot in the air to scare off approaching residents.


On 7th April2019, at around 2100hrs, two (02) unidentified people attacked Mugisha Moses, a mobile money operator at Mpongo Trading Centre, Mpasana Sub-county, Kakumiro District and robbed him of UGX 1,370,000. The suspects also shot and injured two (02) people who were part of the group trying to pursue them.