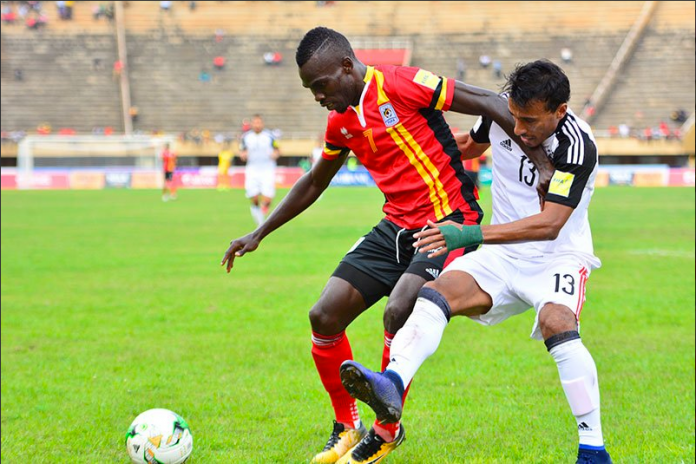 
The 26-year old striker completed his medicals and is set to join Ittihad’s pre-season camp immediately ahead of the new season that is scheduled to start mid September.
Ittihad, who finished 11th in the 18-team table last season, is hoping to boost his front line ahead of the new season that only includes Khaled Kamar and out-of-favor Ghanaian striker Emmanuel Banahene.

The former Villa SC (Uganda), Etoile du Sahel and SønderjyskE Fodbold (Denmark) was spotted on the radar of several African clubs after making an impact in the 2019 Africa Cup of Nations.
Okwi scored twice in four games for the Cranes leading them to the Round of 16, their best ever achievement since their runner-up spot in 1978.