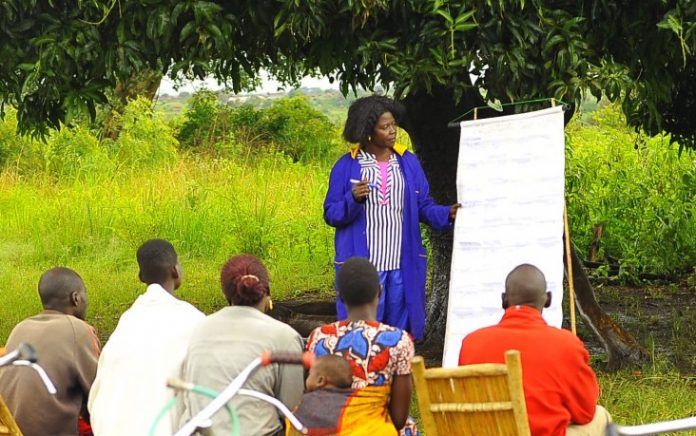 Gulu: .At the age of 14, Annet Amony and her siblings were among what is now commonly known as “night commuters,” children who walked long distances from their villages to towns in search of a safe place to sleep, just to walk back the next morning.


In the 1990’s, Northern Uganda was the battleground for a war between Uganda’s government and the Lord’s Resistance Army (LRA); villages were not safe – especially at night. Young girls were abducted and forced to become wives and slaves, while young boys were forcefully recruited as child soldiers.
UNICEF estimates that over 40,000 children were routinely commuting at night to local towns in Northern Uganda in search of somewhere safe to sleep.

The war claimed many lives; Annet lost both her parents and three brothers. She became the head of the household, taking on the responsibility of raising her younger siblings.
At 15, she got pregnant and had to drop out of school. She turned to growing crops and saved the money from the sales she made. Eventually she returned to high school, and at the age of 26, pursued a diploma in agriculture in 2015. Unable to find a job after completing her studies left Annet with no choice but to resort to selling charcoal.


A radio advertisement she heard proved to be a turning point in Annet’s life. Equator Seeds Limited (ESL) – a company that deals with the production, processing, and distribution of farm seeds – was looking for an agronomist. “I applied…did the interview and passed! I am confident that I was the ideal person that they were looking for,” she says.


In 2016, ESL partnered with the Feed the Future Uganda Youth Leadership program for Agriculture Activity to increase the supply of quality seed from 8000 metric tons to 13,750 metric tons by recruiting, mobilizing, and training 6,500 youth as seed multipliers in Lango and Acholi regions in Northern Uganda.


It established a strong community-based extension support service of 65 facilitators and six agronomists training youth farmers on good farming practices, such as proper plant spacing, and assessing the quality of the seed before it was purchased by ESL. Annet was one of these agronomists.
Annet admits that the most significant change in her life has been the change in her community’s perception of her – from negative to positive. “People in my community did not believe in me, and now that I am impacting people’s lives, they appreciate who I am. I act as an example for many girls,” Annet states.


Today, at 31 and a mother of two, Annet is ESL’s warehouse supervisor and oversees over nine warehouses located in different parts of the country. She is able to contribute to the well-being of her family by paying school fees for several children in her home and, together with her siblings, has constructed a permanent house.


“My family is not the same; I am a bread winner…I have bought some land for agriculture and I have five acres of cassava for sale and for feeding the family,” she says with pride.
/// usaidUganda