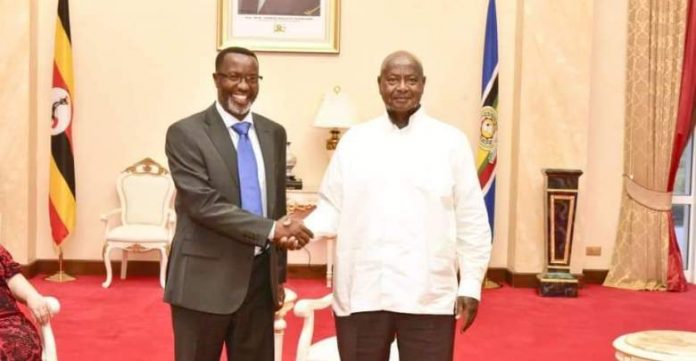 Amos Wekesa, the chief executive officer of Great Lakes Safaris ,a leading specialized safari Tour Company has threatened to undress over Murchison falls give away.


Murchison falls is a tourist attraction in Uganda.
‘‘Go and try to find out about this so called power firm that claims wants to construct a dam. They are not known, they haven’t done anything big so how sure are we that their destruction of Murchison falls will even bear reasonable fruits ‘’ Wekesa told NTV morning on Wednesday.

He added: We are living like we are the last generation. Look at how many forests and swamps we have destroyed in just one generation. It is just absurd.
‘‘You have killed Isimba, Bujagali and you want to also go for Murchison and I can assure you, these dams will not last forever. That is heart breaking. Murchison falls already has enough problems. There is abridge that is being constructed which should have been raised higher, there are oil discoveries whose activities are affecting wild animals and others’’ he said.


Today, tourism is one of the fastest growing industries around the world.
In Uganda tourism is the highest foreign exchange earner, having raked in $1.37 billion last year. The only sector that comes close is diaspora remittances when Ugandans abroad sent in $1.2bn last year. Up to 1.4 million people entered Uganda in 2018.