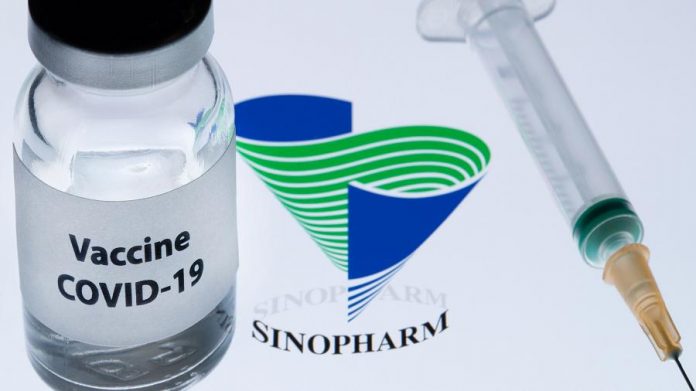 A number of countries have kicked off vaccination campaigns in Africa with Chinese-made covid-19 vaccine amid mistrust over vaccine efficacy.
Senegal and Zimbabwe, two countries that began inoculating their populations using Sinopharm — the Chinese-made COVID-19 vaccine.
Zimbabwean President Emmerson Mnangagwa on Thursday thanked China for making a second donation of COVID-19 vaccine doses to Zimbabwe.


” I was informed that we have received another donation of 200,000 doses of vaccines from His Excellency, President Xi Jinping and the Government and people of the People’s Republic of China, making the total donation from China to date, 400,000 doses of vaccines,” he said.
“I would like to express the profound gratitude of the Government, and the People of Zimbabwe, to the President and people of China for their kind generosity,” Mnangagwa said.
He said in addition to the donation, China’s Sinopharm had availed an additional 1.8 million doses of vaccines for purchase by Zimbabwe.
Last Thursday, the Zimbabwean government launched its COVID-19 vaccination program, three days after taking delivery of the first batch of the 200,000 vaccines from China.
Vice President Constantino Chiwenga, who is also health and child care minister, became the first citizen to receive the Sinopharm jab.

Frontline workers, including journalists, are being prioritized for inoculation under the first phase of the vaccination program. Vaccination is being done on a voluntary basis and in three phases.
Meanwhile, Senegal began its coronavirus vaccination campaign on Tuesday with 200,000 doses that it purchased from China’s Sinopharm, which it received last week.
The first shots were given to government ministers and health workers at the health ministry in the capital, Dakar.
a Screenshot captured from a video on Feb. 25, 2021 shows Senegalese President Macky Sall, receiving his first dose of COVID-19 vaccine manufactured by China’s Sinopharm in presidential palace in Dakar, Senegal.
China gave Uganda 300,000 doses of Covid-19 Sinovac vaccine.


The Chinese government donation was announced on Sunday by Chinese Special representative Yang Jiechi during a meeting with President Museveni at State House, Entebbe.

Uganda expects the vaccines to push for deployment of a vaccine to some 90 low and middle-income countries. The vaccines were negotiated through the Covid-19 Vaccines Global Access , a global initiative that brings together governments, manufacturers, and global health organisations.
Mozambique also received 200,000 doses of Covid-19 inoculations from China on Wednesday. The Sinopharm vaccines were the first batch of doses the country got and were a donation from the Chinese government.