Home Politics Kizza Besigye not happy with members of the opposition 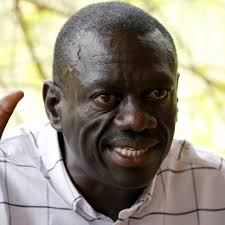 He expressed his displeasure in the meeting yesterday with the opposition senior leaders at Luzira upper prison
“I saw members of the Opposition who went to Mr Museveni claiming to plead for me. How can anyone plead before the oppressor for my freedom? This is unacceptable,” Dr Besigye told Kampala Lord Mayor Erias Lukwago and Kira Municipality MP Ibrahim Ssemujju Nganda.

He shortly after thanked Mr Ssemujju, also the party’s spokesman for speaking against the move by IPOD members led by Democratic Party’s secretary general Mathias Nsubuga.

At yesterday’s meeting, Dr Besigye said he had told FDC’s secretary general Nandala Mafabi to disassociate himself from the IPOD’s efforts to “implore Mr Museveni to give me freedom”.

Mr Ssemujju said the group was, “trading Dr Besigye’s freedom for their own selfish agenda but they cannot trade the people’s president with Museveni over tea.”