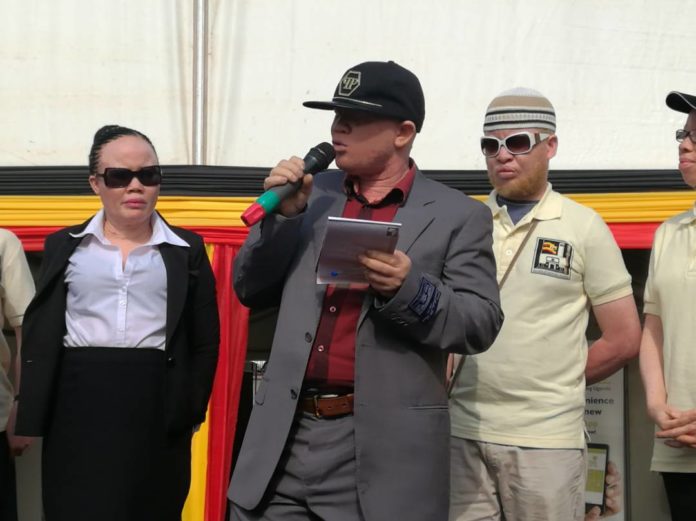 Jude Sekyanzi, the executive director Uganda Albinos Association wants government to set up a special fund for albinos just like it has done for other special interest groups such as women, youth and the elderly. They also asked that exams be printed in larger font and have albinos seated in the front of class to learn better


Speaking during the launch of the parliamentary week group on sunday, Sekyanzi said the fund will help people living with albinism to live a healthy life despite the discrimination.
He explained that currently people with albinism struggle to access support and services due to their condition, adding that a special fund will go a long way in transforming their lives. There is an estimated 15,000 persons with albinism in Uganda.

The Speaker of Parliament, Rebecca Kadaga who launched the Parliament week, said there is need to legislate against the discrimination of albinos. She promised to initiate debate on albinism and how to support them when parliament resumes. The week has been dedicated to mobilising funds to build a facility for people with albinism.


Up to Ugx. 75 million has so far been raised in the campaign, which targets to raise five billion shillings for the construction of a medical centre and school for albinos.