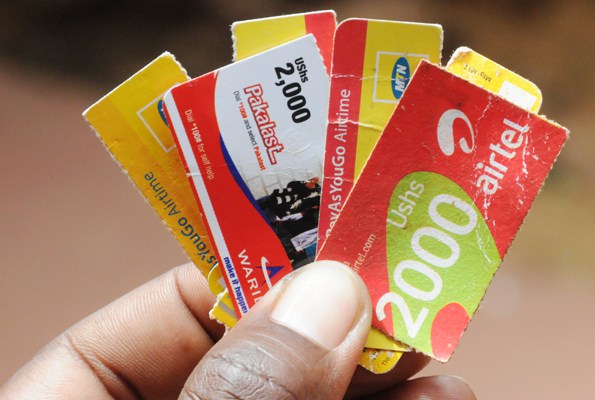 
“There was a study showing that scratching airtime cards using fingers leads to cancer” he said without giving details.
Medical research Authority of the US found that new cancer in human beings caused by ‘Silver Nitro oxide’. According to this study scratch cards ‘silver nitro oxide’ coating and can cause skin cancer. It also known to produce neurotoxicity through the development of Olney’s lesions which is damage to the posterior cingulate and retrospenial cortices of the brain found in an experiment done in rodents

The MPs also noted that UCC has not adequately sensitized the public on the need to go digital with airtime. The MPs asked UCC for a countrywide sensitization program and that messages should be in all languages
However, Mutabazi said that the decision to phase put scratch card was made in March. ‘ ‘There has been five months of notice and awareness to Telecom companies. If we wait for everyone to get on board then we will not prosper’’


The committee also argued that since scratch cards are imported. They should just be phased out. The deadline will not change anything
Uganda communication commission says that the new recharge system will not only reduce crime but also protect the environment


The ICT minister Frank Tumwebaze recently told parliament that “UCC and the security agencies recommended to Government that vending of airtime cards was directly linked to the selling of illegally registered SIM cards and would facilitate airtime recharge and top-ups manually without any digital tracing,”
The Minister listed seven advantages of the proposed ban, saying it will, among others, “create more opportunities through formalized distribution of scratch cards