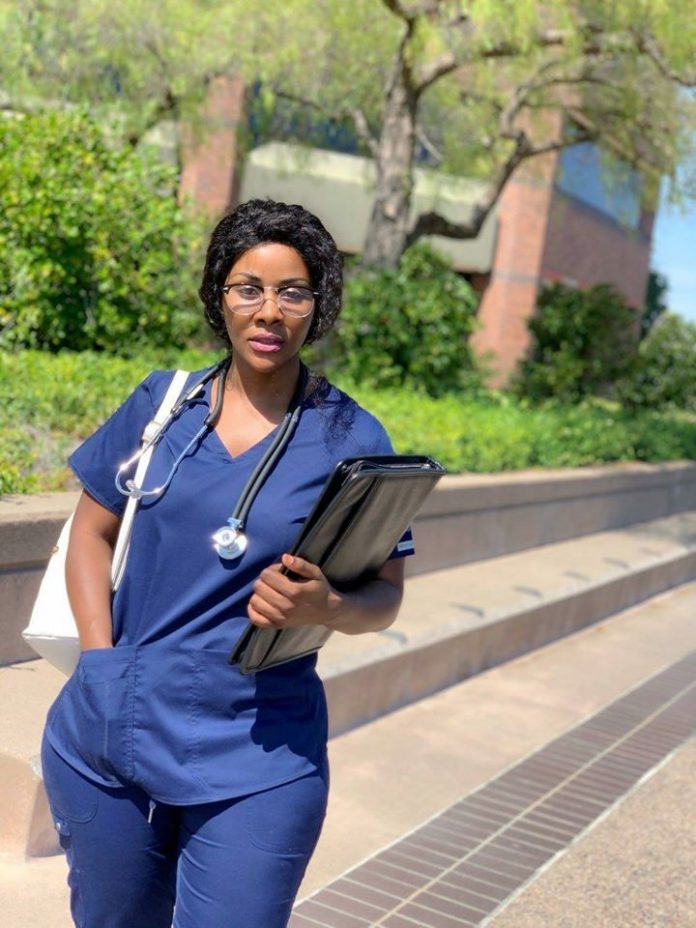 Remember the bootylicous singer who was attached to several city magnates and celebrities? You guessed right Desire Luzinda, is in the news again. But this time, for the good reasons.
In social media post, the Kitone singer revealed that having ‘failed’ twice In her academic journey, she has ow discovered her true calling.


‘ ‘This week as I was preparing for my Phlebotomy exam, many thoughts came to my mind.
Many years ago, I enrolled at Makerere University pursuing a degree in Development Economics which I did not complete because my music career had kicked off in high gear.’’
Having dropped off in year two, the curvey siger explained that at the back of her mind she knew someday she would bounce back and pursue further studies.

‘ ‘Years later, I enrolled at Nkozi university for Development Studies which I barely did for a year because I had a UK tour that my manager ‘then’ committed to and the dates collided with my first Exam period. I began to get tired of trying even when I knew the granite importance of Education. ‘’ desire explained
Fast forward, the siger who shot to fame when her Nigerian ex-boyfriend Franklin Emuobor leaked her nudes to the public on internet and shared sex tapes apparently of them in bed, said


‘‘I prepared to enroll ‘again’ little did I know God was preparing for me a career totally different. And while many classmates dropped off because of the virtual classes, I said to myself, “not the third time! I have to do this!” So I

chose to push even when it was so tough. And here I am on a many years journey of a career very interesting’’

She ended her post with words of advice ‘‘never stop trying at something that makes you a better person. People will always talk but would you rather give them talk of you being successful or a failure?! it does not matter how many times you fall but that one time you rise up and make it right. Your journey in life is personal so chase it personally.’’