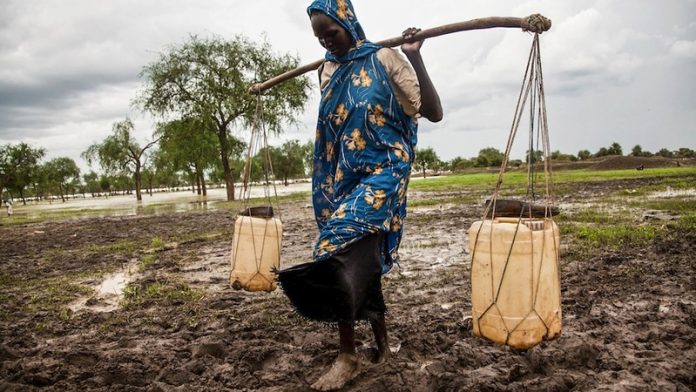 The United Nations warns that the world could face a 40 per cent shortfall in water supply by 2030, with Africa – which already suffers from greater levels of water stress than other regions – likely to bear the brunt.

The economic impact of the shortfall in water infrastructure and supply is already severe. Sub-Saharan Africa currently loses an estimated 5 per cent of its annual gross domestic product (GDP) due to poor access to clean drinking water and sanitation, 5 to 25 per cent of its GDP to droughts and floods in affected countries, and 40 billion hours of otherwise productive time annually, collecting water.

Having delivered on sustainable water supply projects in the SADC region, South African-based construction and engineering firm, Khato Civils, has announced its intention to expand across the continent and play its part in tackling Africa’s infrastructure shortfall.

The African Continental Free Trade Agreement (AfCFTA), the world’s largest free trade area, came into effect in January 2021. It is expected to increase levels of intra-Africa trade by over 50 per cent by 2030 and offers the opportunity for increased Pan-African collaboration in major infrastructure projects.

In an interview with AfricaLive.net Khato Civils Chairman Simbi Phiri put forward an ambitious vision for African development facilitated by infrastructure development.
“Problems like food shortages are not occasioned by a lack of food on the continent necessarily, it’s about our underdeveloped land and waterways. If we can step up infrastructure development, we will solve a lot of other problems as well,” says Mr Phiri.


“AfCFTA gives us a chance to have a business without borders.

“We will now be able to go into places like Zimbabwe, Zambia and other countries to compete. It also gives us a chance to compete with multinationals from India and China in other African countries. The agreement will lay to rest some of the restrictions that were imposed by colonial legacies of the past.”

As the world becomes more populous, increased urbanization, climate change and changes in food production are driving water demand at a rate that outpaces supply.

Globally, 80 per cent of wastewater goes back into the ecosystem without adequate treatment, resulting in 1.8 billion people worldwide drinking contaminated water.

Over 300 million people in Sub-Saharan Africa lack access to clean drinking water and over 700 million live without access to good sanitation.


The world faces a severe water shortage by 2030, and Africa is likely to bear the brunt – as exacerbated by the impact of climate change.

African countries lose between 5 and 25 per cent of GDP due to issues related to lack of water infrastructure.

The Opportunity: Every 1 USD spent brings between 3 and 24 USD of economic benefits

For every USD 1 invested in water and sanitation, there are direct and indirect economic returns to individuals and households, the health sector, and agricultural and industrial sectors, ranging from USD 3 to 34, according to the World Health Organisation.

“If you look at big cities like Accra, their biggest issue is water and sanitation,” says Mr Phiri, “The same applies to other cities like Lagos and Kinshasa with power and roads coming a close second,”

“Water and sanitation is without a doubt the main area that will boom in Africa in the short-term future.”


In order to unleash these economic benefits, Khato Civils Chief Executive Officer Mongezi Mnyani calls on governments to accelerate infrastructure development and foster public-private partnerships. “Political will is at the centre of it all,” says Mr Mnyani.


Derisking Africa in the eyes of global capital is key to closing that funding gap. Mr Phiri believes indigenous African construction and engineering firms – previously often overlooked in favour of international firms – have a role to play in building investor confidence.