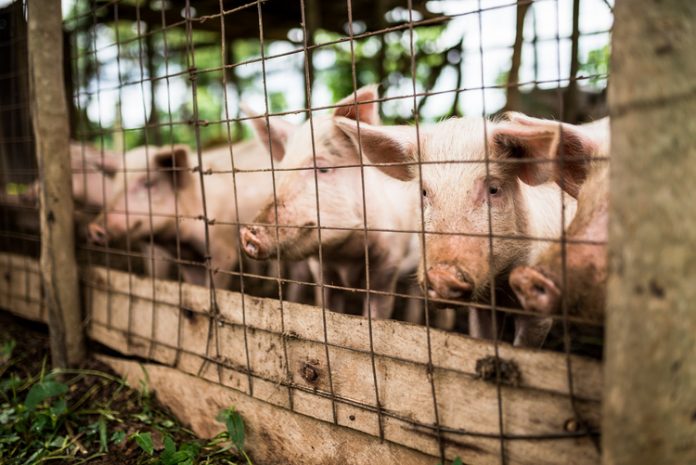 Chinese scientists have unraveled the three-dimensional structure of the African swine fever virus, laying a solid foundation for developing effective and safe vaccines against the disease.

“The breakthrough in unveiling the fine structure of the virus is important and fundamental research, which will provide clues to explore fundamental mechanisms for the infection, pathogenicity and immunology of African swine fever, as well as vaccine development,” said Bu Zhigao, director of the Harbin Veterinary Research Institute of CAAS
Rao Zihe, a CAS academician and one of the leading scientists of the research, said unveiling the structure of African swine fever is the first important step in the “long march” to tackle the disease.


Shao Feng, another CAS academician and deputy director of the National Institute of Biological Sciences, said compared with other viruses, scientists’ knowledge about African swine fever is almost zero.

African swine fever, first described in Kenya in 1921, is a highly contagious viral disease of swine with mortality rates approaching 100 percent. Over the past decade, the disease has spread through many countries, posing a serious risk of further expansion.


During the period from January to October 2019, the World Organization for Animal Health was notified by 26 countries of new or ongoing outbreaks: 13 in Europe, 10 in Asia and three in Africa.

With no vaccine or treatment available, culling pigs is the most effective way to contain the outbreaks, more than 30 million pigs have been culled during 2018 and 2019.