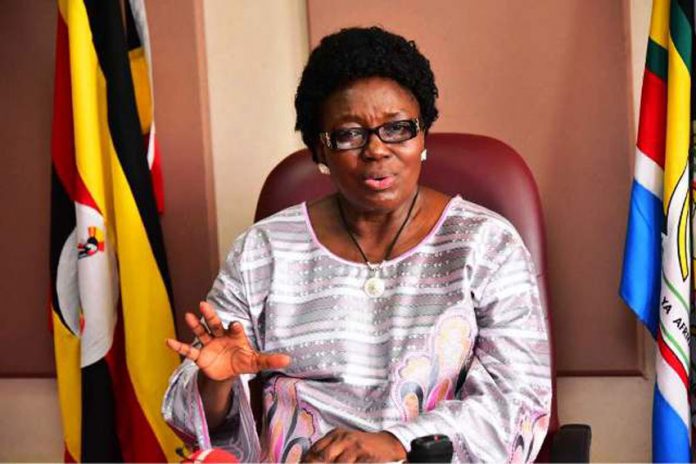 By Nayé Bathily
The archetype of the strong African woman standing as an unmoving pillar of her community is one that transcends national borders on the African continent.


While in the past, this image often faded the instant a woman crossed the threshold of business or politics, 2019 saw significant advances in female leadership spanning the public and private arenas in Sub-Saharan Africa.
As an African woman working in development, I am delighted to finally see years of meaningful measures to promote gender equality being reflected in Africa’s leadership.

In the political realm, the number of female speakers in both upper and lower houses of parliament on the continent totaled an encouraging 16 women out of 75 legislative bodies according to the Inter-Parliamentary Union in the Democratic Republic of the Congo, The Gambia, Madagascar, Malawi, Mozambique, Rwanda, South Africa, Togo, Uganda, Equatorial Guinea, Eswatini (formerly known as Swaziland), Ethiopia, Gabon, Lesotho, Liberia and Zimbabwe.
The region is now second only to Europe with seventeen female heads of parliament currently in office out of 70 legislative bodies.


This stands in stark contrast with just eight female heads of parliament in Asia, and only one in the Middle East and North Africa.
Africa is leading gender equality in the private sector as well, by topping the number of women on corporate boards worldwide.


According to a McKinsey & Company report, one in four board members for African companies are now women; a higher rate than Europe’s at 23%.
These numbers are welcome news, yet not a surprise for anyone who takes a deeper look below the surface.
Africa has been distinct in introducing proactive measures in favor of fast-tracking women’s participation in parliament.
Currently, most African countries have at least one gender quota in place, including 13 countries that hold specifically reserved seats for women in parliament as opposed to legislated candidate or political party quotas.
These reserved seats allow countries to hold high percentages of women members in parliament, such as Rwanda (61.25%), South Africa (46.35%), Senegal (41.82%), and Ethiopia (38.76%), and include more women and diverse perspectives in legislative decision making.


Increasing women in parliament moves beyond just ‘ticking the box’ for gender parity for these countries, and into substantive female leadership to advocate for gender-equal policies and even increase cooperation across party and ethnic lines.
Such gender policies help challenge discriminatory laws, increase responsiveness to social issues, and remove legal barriers to women’s access to services and economic opportunities.


Laws do not change cultural norms, but they are a starting point for empowering women. According to the 2019 Women, Business and the Law report, Sub-Saharan Africa has had the most reforms in promoting gender equality in business, and reforms have continued in 11 countries. .
Despite these gains, there is still much road to be traveled. Structural barriers continue to prevent women from entering, as well as advancing within, politics to more prestigious roles.
While several countries in Africa are making room for more women parliamentarians, several others such as the Central African Republic, Eswatini and Benin still lag behind. Even on the inside, women tend to be delegated to committees that are perceived as ‘soft,’ such as social affairs, family and education, in comparison to ‘hard’ committees seen as more powerful and impactful, such as finance and defense.


One way to increase the likelihood of women filling such positions is through education from an early age, as suggested in the World Bank report on the Voice and Agency of women.
Engaging men and boys as advocates of gender equality is also key to tackling social norms and enhancing women’s voice and agency. Every year I hear more and more male parliamentarians from around the world speaking up for gender equality as an essential element to the success of their countries, and it is helping turn the tables for women in leadership.


Catherine Gotani Hara, the first-ever Speaker of Parliament of Malawi, attributed her election as speaker to the support of the male champions of her campaign, as she could not have done it with support of the women alone.
Africa is increasingly a role model in the political empowerment of women with many countries throughout the continent on a promising trajectory of success. To continue this trend, stronger political will and doubled efforts will be needed from across government, civil society and communities to remove legal and structural barriers to female political participation. African parliamentarians could also share best practices amongst themselves to spur progress.


As the Ethiopian proverb goes; “When a woman rules, streams run uphill.” While progress must still be made, Africa is showing itself to be a forerunner in the race for gender equality and I am excited to see what new developments 2020 will bring.
World Bank