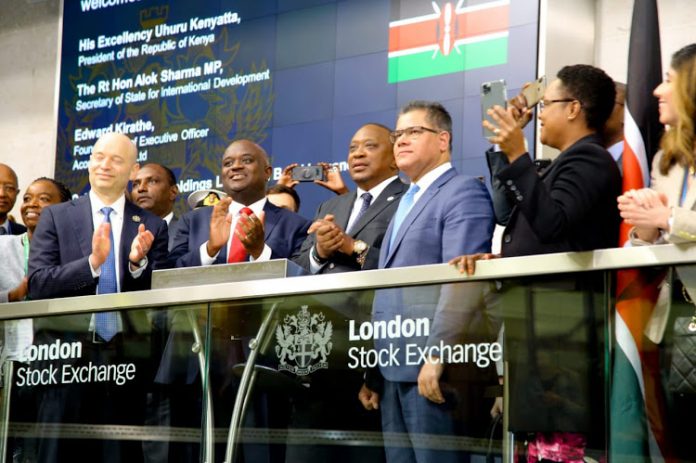 
The Symposium was co-organized by the All-Party Parliamentary Group for Africa with the Royal African Society, Oxford Brookes University, and the Trade Justice Network under the theme UK-Africa Trade and Brexit.

The Bank’s chief argued that Africa and the UK should be significant trading partners. “The reality, however, is that UK’s trade with Africa is trending downwards. From a $49 billion peak in 2012, trade decreased to $30.6 billion in 2018,” he noted.


The decline in UK trade and investment in Africa is against a backdrop of projected business-to-business and consumer-to-consumer expenditures of $5.6 trillion by 2020, and a food and agriculture market worth $1 trillion by 2030.

“The fact that we are having this conversation in the UK Parliament is a great start. The convening of this Summit by Prime Minister Boris Johnson is an even greater start,” he acknowledged.

President Adesina used his engagement at the House of Commons to share Africa’s investment opportunities, “which speak for themselves.” Trading under the African Continental Free Trade Agreement, which represents a market of more than 1.3 billion people and a gross domestic product of $2.5 trillion, and is the world’s largest free trade area since establishment of the World Trade Organization, starts in July.

The Forum, organized by the Department of International Development (DFID) and Her Majesty’s Trade Commissioner for Africa, seeks to facilitate new investment and commercial opportunities for the UK and promote quality infrastructure to deliver better services to African citizens.


The Bank has been a forerunner in the race to rapidly close the continent’s infrastructure gap, which Adesina suggested be renamed “Africa’s infrastructure demand opportunity.” Investors who tapped early into information and communications technology infrastructure in Africa have seen those investments become game changers for Africa, he noted.

“Just under two decades ago, Africa had fewer telephones than Manhattan in New York. Today, Africa has over 440 million cell phone subscribers. Returns on digital infrastructure are very high as the continent expands broadband infrastructure to boost connectivity and improve services,” Adesina said.


With $500 million in credit guarantees, provided through ADF, the Bank has leveraged $2.5 billion of financing into fragile states, with a zero default rate.

“We are committed to quality infrastructure and ensuring that no one is left behind!” Adesina concluded. 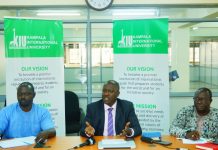 Kadaga calls for an immediate & ultimate strategy for Ugandan students...