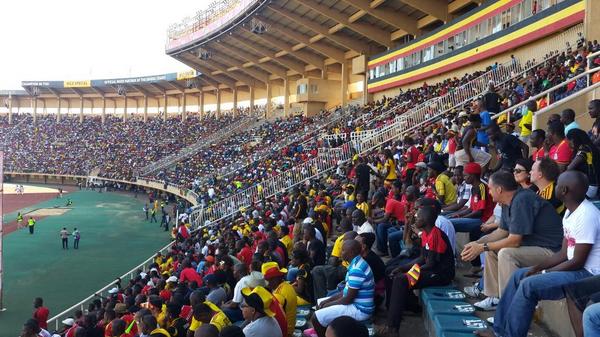 The government of Uganda and the Federation of Uganda Football Association (FUFA) is taking the Uganda Cranes qualification to the Africa Cup of Nations (AFCON) 2017 to another level.

News reaching us reveals the authority coordinated by Ministry of Transport is planning to charter 10 aircraft for Ugandans to Gabon for free to cheer the National team.

Sources add that each of the lucky Ugandans will be given US$100 allowance and another US$500 for accommodation.

There are plans to negotiate with some airlines to offer discounts to the rest of Ugandans who will pay for themselves.

In the other news former FUFA president Lawrence Milindwa is planning to pay for 500 Ugandans to Gabon to support the National team. However, sources say, first priority will be given his teachers at St. Mary’s Kitende and Vipers Sports club fans.

In Gabon, Uganda Cranes will battle with one of Africa’s finest football teams-Egypt, Cameroon, Tunisia, Mali, Togo, Ivory Coast, DRC, among others.

By just qualifying for the AFCON finals Uganda Cranes is already assured of at least $400,000 (Ugx.1.4b) from the organizers- Caf. Should Uganda Cranes get to the knock-out stages, take home will hit US$ 600,000 (About Ugx. 2bn). The prize increases to US$ 1.5m (Ugx. 5bn) for those who will make it to the finals.

The qualification also exposes Uganda Cranes to Spanish and European teams. The players who display special abilities might find themselves playing in the Premier League. And that means some money for tax money URA, who pockets 18 percent of the total fee.