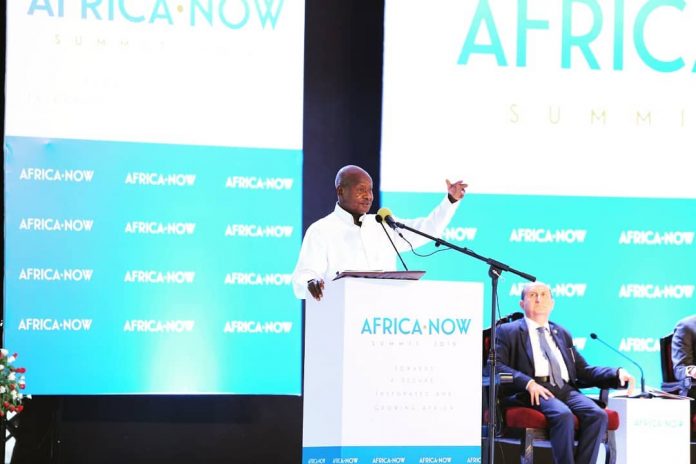 In his book, “Sowing The Mustard Seed”, Second Edition, President Museveni articulates the case for Pan-Africanism with a slant, in part, to business dividends.


He adds that; “What will happen to the rest then? This is true of bananas, goats, cattle, fruits and other products? Our second layer of saviours are the East Africans, the South Sudanese, the Congolese and other regional partners”.

The President has been, and remains a strong advocate of regional integration in Africa. Now, further to the likes of EAC and COMESA, the big one is here. The African Continental Free Trade Agreement (AfCFTA) endorsed by African Union (AU) Member States in Kigali, in March 2018, takes effect next year. This, after the ratification of the operational aspects of AfCFTA, at an AU extra-ordinary Summit in Niamey, Niger on 7th July 2019.


The essence of Niamey pact is that Africa’s Free Trade Area will be operational effective July 2020. In Niamey, the necessary instruments were signed by the required minimum 22 AU Member States, including Uganda. It is a major break-through for business across the continent.

With 55 Member countries, Africa’s Free Trade Area will dwarf ALL trading blocks, including the EU, in terms of membership. AfCFTA is bringing together a combined market of 1.2 billion people and economies with an aggregate GDP of USD 2.5 trillion.


It is a huge market under which countries in Africa, will trade with each other, minus tariff barriers. AfCFTA will spur industrialization, grow economies, create jobs, strengthen indigenous capabilities and ease Africa’s vulnerability to external trading shocks.

For Uganda, niche items include fresh, organic grain foodstuffs, which have ready market in countries like Congo, Angola, Senegal, Namibia and the Saharan, North African Countries.


Our other niche items include milk, fruits, fish, beef and consumer items. Uganda is also progressively building capacity in oil and gas and services like tourism and ICT innovations, from which we stand to reap, among others.

Relatedly, under the current skewed trade regime, intra-Africa business is at 16% while that with Europe, for instance, is at 65%. Therefore, the AfCFTA will unlock Africa’s massive economic potential, right from the short term. Indeed, intra-African trade is now projected to rise to 60% by 2022.


Retaining the USD 60 billion Africa is “donating” to Europe in annual food imports, will greatly boost the continent socio-economically. In a riveting address, at a Nelson Mandela Memorial Lecture at Makerere University on 31st August 2017, President Museveni submitted that; “Africa is a huge continent with a land area of 11.7 million square miles, which makes it 12 times bigger than India, 4 times bigger than USA and China each and more than 2 times the size of Russia. We are somewhat working on economic integration through the Regional Economic Communities; although we should be more religious and focused on this issue”. Credit to him and other regional leaders for bringing AfCTFA to life. We should, therefore, position Uganda tap into this huge continental market.