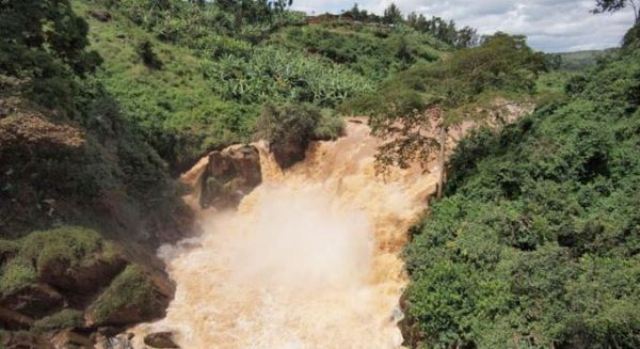 
By Alvar Mwakyusa
OVER 7,000 households in Tanzania, Rwanda and Burundi are set to benefit from 80 megawatts of electricity from the Rusumo Falls hydro-electric project along Kagera River whose ground-breaking ceremony is set for today.
Tanzania’s Minister for Energy and Minerals, Prof Sospeter Muhongo and his Rwanda and Burundian counterparts are expected to grace the ground-breaking event scheduled at the Tanzania-Rwanda border. Each partner state will have a share of 26.6MW to be connected to their national power grids.
The project is as well meant to strengthen the regional power interconnections between the three countries, which are also member states of the East African Community (EAC).


Apart from the 7,000 households to benefit through the local area development program, there will be additional 188 households, surrounding the project, to benefit directly through the livelihood restoration program.
“This is in addition to providing job opportunities to over 500 skilled, non- skilled and casual workers from the three benefiting countries,” the event organisers said in a press statement yesterday.
Construction of the power generation plant is financed by the World Bank while the transmission lines that will connect the power plant to the national grids in the three countries will be financed by the African Development Bank (AfDB).
According to the statement, there will be representatives from the World Bank, AfDB and board members of the Rusumo Power Company Limited from the respective shareholder countries.
The Rusumo Power Plant is implemented by the Nile Equatorial Lakes Subsidiary Action Program Coordination Unit (NELSAP-CU) mandated by the three countries through the Rusumo Power Company Ltd (RPCL).


The NELSAP-CU Regional Coordinator, Engineer Elicad Nyabeeya, stressed that the regional project requires effective coordination and management to deliver the power plant, associated transmission lines and sub-stations on time.
He reiterated that once the project is completed, it will enhance socio-economic growth, reinforce regional cooperation, partnership and peace within the Kagera River Basin countries. Construction of the power plant is expected to last three years, until 2020.


It will be undertaken by a joint venture of Chinese companies, CGCOC Group Limited and Jiangxi Water & Hydropower Construction Company Limited Joint Venture (CGCOC – JWHC JV).
The two Chinese firms will execute the civil works in addition to supply and installation of hydro-mechanical equipment while a consortium Rusumo Falls Andritz Hydro GmbH of Germany and Andritz Hydro PVT Limited of India will supply and install electro-mechanical equipment for the power plant.
Source: Tanzania Daily News