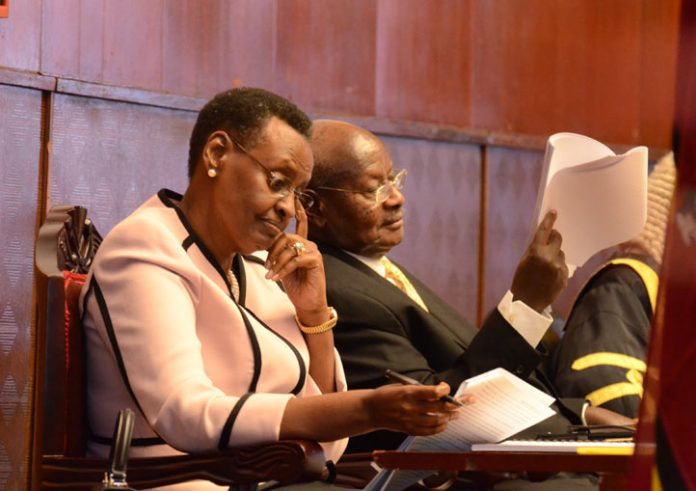 The Committee to Protect Journalists today joined 54 other organizations in a letter to Ugandan President Yoweri Museveni calling on him to ensure open and unrestricted internet access during and after the country’s presidential election, scheduled for January 14.
‘ ‘We, the undersigned organizations and members of the #KeepItOncoalition1—a global network that unites over 220 organizations from 99 countries that work to end internet shutdowns globally—write to urgently appeal to you, President Yoweri Tibuhaburwa Kaguta Museveni, to ensure that mobile money and social media platforms, the internet, and all other communication channels are open, secure, and accessible throughout the election period in the Republic of Uganda and thereafter.’’ The letter reads I part.


The letter notes that disruptions to internet access would undermine journalists’ ability to report on the election and would infringe on citizens’ right to “key information at a crucial moment in a democracy, damaging their capacity to make informed choices.” It also expresses concern about Ugandan authorities’ recent requests to Google to shut down YouTube channels affiliated with the country’s political opposition.
The letter is addressed to Museveni, and was also sent to high-ranking government officials and the heads of telecommunications companies operating in Uganda.

During and after Uganda’s last presidential election in 2016, authorities disrupted access to social media networks at least twice, during voting in February and ahead of Museveni’s inauguration in May, alleging vague threats to national security, as CPJ documented at the time.
In recent weeks, CPJ has documented a crackdown on the press by Ugandan authorities, including assaults on journalists and restrictive accreditation regulations.

Uganda has ratified regional and international frameworks such as the legally-binding International Covenant on Civil and Political Rights (ICCPR),and the African Charteron Human and People’s Rights, which provide for the protection and promotion of the rights of freedom of opinion and expression, assembly, and access to information, both offline and online.

The African Commission on Human and Peoples’ Rights (ACHPR) Resolution from 2016 recognizes the “importance of the internet in advancing human and people’s rights in Africa, particularly the right to freedom of information and expression.”
The ACHPR/Res.362 (LIX) 2016 also condemns the “emerging practice of State Parties interrupting or limiting access to telecommunication services such as the internet, social media, and messaging services.”


Research indicates that there is no evidence that shutdowns are effective at achieving a legitimate aim; if anything, by trying to achieve their ends, the government will often block their own channels of information.
Additionally, UN experts and high-level officials — including the UN Secretary-General — formally affirm that, “blanket Internet shutdowns and generic blocking and filtering of services are considered by United Nations human rights mechanisms to be in violation of international human rights law.”