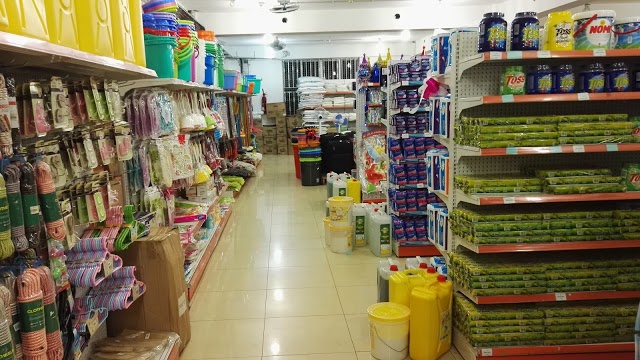 
Dr Ben Manyindo, the head of the bureau told journalists in Kampala that 222 tonnes of a variety of substandard products worth Ugx. 992 million seized at the point of importation were destroyed. These included food and food products, chemicals and consumable products, assorted electronics, mattresses and assorted textiles.


Market Surveillance
The UNBS carries out market surveillance as a quality assurance measure to ensure that goods sold on the local market meet the requirements of the standards.
Manyindo revealed in the bureau’s annual report that 413 tonnes of substandard items worth Ugx. 66.4 billion were seized from supermarkets, retail shops, distribution outlets, manufacturing premises, hardware shops, and Internal Container Depots (ICDs), and distribution trucks.

Counterfeiting and the proliferation of cheap substandard products on the market is a major constraint to business growth and competitiveness. Data from the Business Climate Surveys at the Economic Policy Research Centre indicate that substandard products have overtaken transport infrastructure and access to finance as the leading challenges that Ugandan businesses have had to deal with over the last two years.


To the consumers counterfeits and substandard goods have big adverse welfare and health implications
In the health sector malaria remains a leading cause of deaths. A recent survey by a consortium of researchers at the Stockholm School of Economics, Stockholm University, and Harvard University showed that 36.8 percent of sampled drug outlets in Uganda sell fake artemisinin-based combination therapy (ACT) for the treatment of malaria. 19.4 percent of all anti-malarial drugs failed the authenticity test.


A group of researchers at the Economic Policy Research Centre and the International Growth Center separately investigated whether the low quality of agricultural inputs can help explain low adoption. The results were startling: 30% of nutrient is missing in fertilizer on the Ugandan market, and hybrid maize seed contains less than 50% authentic seeds.
fake Umeme Meters


Customers have in the past accused Umeme of estimating bills, which has made them either lose money by paying more although at times they gain by paying less
Unbs verified 15,743 fuel-dispensing pumps against a target of 15,360. The company found that 12% of the verified fuel pumps were under delivering fuel to customers thus cheating consumers while 8% of the pumps were delivering more fuel thus cheating fuel retailers.


According to Research Analyst at the Economic Policy Research Centre, The prevalence of counterfeit and proliferation of substandard competitors might be just one of the reasons why, despite the impressive entrepreneurial ranking, Ugandan businesses struggle to flourish. Yet, counterfeits and substandard goods persist because they are profitable in the short term – synonymous with the get rich quick model of development that many Ugandans adapt. Pushing out counterfeits and substandard products and encouraging genuine and honest business will require tremendous effort in regulation and consumer education.