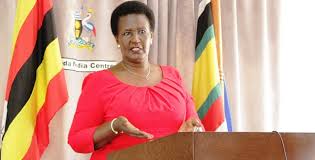 The Uganda National Bureau of Standards (UNBS), in a joint operation with Uganda Revenue Authority, Ministry of Trade Industry and Cooperatives and the Uganda Police have seized over 400 liters of alcohol packed in bottles less than 200mls, worth 7.4 million shillings in the Kampala City Centre.


Upon expiration of the deadlines, the Minister of Trade Industry and Cooperatives, Hon. Amelia Kyambadde instituted a multi-sectoral task force to enforce the ban, which kicked off with an operation in Kampala City Center.


During the launch of the taskforce in September 2019, the Minister Amelia Kyambadde noted that excessive consumption and abuse of alcohol has detrimental effects on humans, citing effects like mental and behavioral disorders, liver and cardiovascular diseases, injuries, traffic accidents, violence, low productivity, public endangerment and death.