Home Politics 2021: It is possible to defeat a supposedly failing Museveni regime; even... 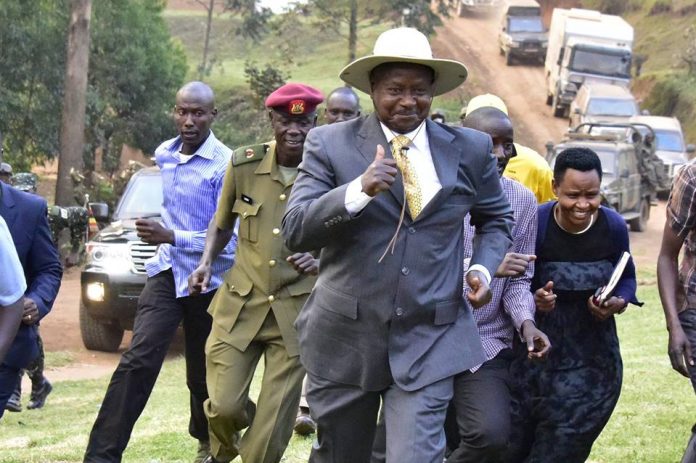 By Arthur Larok
An Open Letter to Uganda’s Political Opposition Leaders
The imperative for a united political force
This open letter to you is a recognition of your individual commitments to change in Uganda, but more importantly your collective strength as a team.
My choice to address this letter to you is not to look down upon other change-seeking forces but to acknowledge the important role and responsibility you individually and collectively hold for the prospects of a formidable platform for leadership change and political transition.


In short, you can make or break efforts to build a coalition if you do not put aside your egos and logos
It goes without saying that a united and principled election coalition is needed to increase the chances of defeating the ruling NRM regime with all the attendant advantages, most of them illicit and keep the incumbent in power. Your personal commitment and visible cooperation at this juncture is critical.
CONTENT
This is a starting point and must be informed by both the **WHY** as well as the **WHAT**. The **WHY** is an acknowledgement of the fact that its only in unity that you can inspire the electorate and not just raise emotions, and stand a chance of defeating Museveni with all his illicit advantages including a compromised Electoral Commission.
The **WHAT** must be a policy and program agenda to market to voters – below is an outline of 12 areas you could work around to develop a manifesto and simple messages without the technical detail that majority of voters have no time for in an elections season.

First is to ensure peace and security in the country as a basic requirement for human enterprise and life. Connected to this is of course contributing to regional peace and security as Uganda’s stability is connected to the progress on the same, in a volatile region.
Second, is a commitment to reverse the dramatic destruction of our environment, sometimes in the name of development. We must restore the balance of mother earth to preserve humanity in our country and globally. This will entail reclaiming destroyed ecosystems and stopping projects around the country that will worsen it, a greening agenda and investment in renewable energy.
Third, must be a commitment to dramatically increase the national budget available for domestic spending to agriculture and the entire value chain from research, production, processing, and marketing. This is critical for both employment as well as a foundation for manufacturing.


Invest in agro-processing and manufacturing to create jobs but also build Uganda’s comparative and competitive advantage in the region and internationally.
Investment in health with priority accorded to Primary Health Care and a strong preventive approach and curative agenda. A preventive public health approach is cheaper and will release resources to refurbish the curative infrastructure and pay health practitioners decent wages. All Ugandans above the age of 70 years must access free quality health care, while terminal illnesses such as cancer must be treated free for all
Education: Fundamental is the need for a complete overhaul of the current colonial and deskilled education curriculum and investment in research and technology. The education sector should be one of the priority sectors and expenditure appropriately targeted.
A commitment to rebuild a national value base on **care and dignity for all (obuntu), reward for hard work, justice, equal opportunity, time keeping, dialogue**, and above all, **Fear of God the Almighty**.
An acknowledgment of atrocities committed by the current and previous regimes and thus a commitment to a national truth and reconciliation process which is an important step for Ugandans to know the truth and comes to terms with a violent past.


Investment in small-to-medium term enterprises and their protection from harmful external competition. We should only open our economy to technology and knowledge we do not have or need time to build.
Strategically position Uganda as a gateway to Africa’s hinterland.
deepening self-governance by salvaging the intent of Uganda’s decentralization agenda and progressively moving towards a **federal system of governance** which will out of necessity involve amalgamating the unviable and patronage-based cottage industry of districts created under Museveni’s regime. If Ugandans need water, schools, health centers, etc, extend these services without including expensive political administrative structures.
The above twelve areas must be developed in full but can be easily summarized into five key messages around: a) building national values; b) a new inclusive economic order that cares for the environment and mother earth; c) a new political and governance consensus, d) human capital; and e) a Transformative Pan-African agenda in collaboration with other African countries.

**PROCESS**
It is important that all cooperating constituencies and persons in a coalition agree on why they seek to capture power. It is important to get a technical team from your various formations to thresh these out into a coherent, ideologically rooted, and practical reform programme for your sign-off.
Then you need to agree on an objective methodology of choosing a flag-bearer devoid of personal egos and grand-standing. That person should be the flag-bearer.
Once this is agreed, then you all must rally behind this ‘popular and winning’ candidate and hold them accountable to what is agreed.


Finally, on process, it is important to reach out and expand an election coalition to attract other non-partisan actors in civil society, business community, professional bodies and even the international community. A well-planned consultation with all these groups will be important.

**STRUCTURE**
A formidable election coalition will have a clear division of labour premised on your unique strengths, networks and capacities and contacts in the public sector, military, private sector, ethnic groups, and international networks. This should be reflected in the team buttressing the election coalition flag-bearer.
You need to build consensus on who will lead key positions of state such as defense, internal affairs, national economy, justice, and international affairs, and guard against the temptations to reproduce the same nepotistic tendencies that we now see undermining the hopes that was created by President Chawkwera in Malawi.
Post-election cooperation framework is important as you should be prepared for victory, defeat or even an inconclusive outcome that may lead to bloodshed as was the case in Kenya in 2007 or require court action as was in Kenya and Malawi, or even working as a collective opposition in parliament.

Election Coalition building is a very demanding and even frustrating venture where concessions and trade-offs have to made, including at other elective positions such as Parliament and local council levels where a similar cooperation framework may be necessary but in the end, for those genuinely interested in *leadership change, followed by political transition*, such a coalition offers an important step forward.


We have seen more successful election coalitions in other countries in Africa where incumbents who had clung to power and or systems/structures they built finally defeated such as in Kenya, The Gambia, Senegal, Tunisia and most recently in Malawi. With a uniquely Ugandan flavor, it is possible in our motherland.