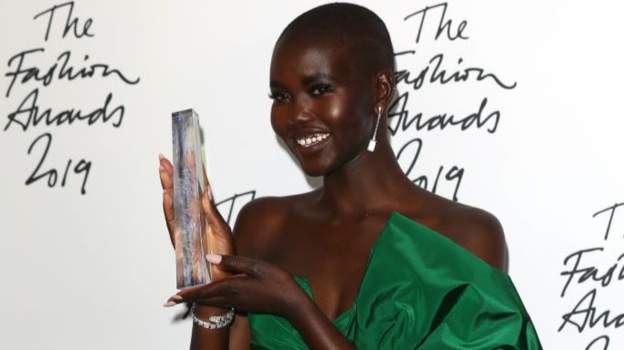 South Sudanese model Adut Akech was named model of the year at the 2019 Fashion Awards on Monday.
The 19-year-old was recognised in a star studded ceremony that as held at the Royal Albert Hall in London, UK.


Akech had been nominated alongside Adesuwa Aighewi, Adwoa Aboah, Kaia Gerber and Winnie Harlow.
Speaking about her win backstage, the former CNN Style guest editor and South Sudanese-Australian model told CNN: “This award is bigger than me; it’s bigger than a title in the industry. It’s for every young girl or boy refugees around the world in a tough position who are unheard or unseen.

“People who see representation or validation in the work that I do — this is for them. If there wasn’t any inclusivity, I wouldn’t be here,” she added.


The Awards, which act as a fundraiser for the British Fashion Council’s talent initiatives, are moderated by 2,500 key members of the fashion industry who nominate, and then elect, the winners. 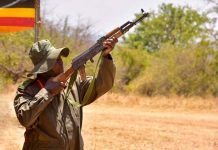