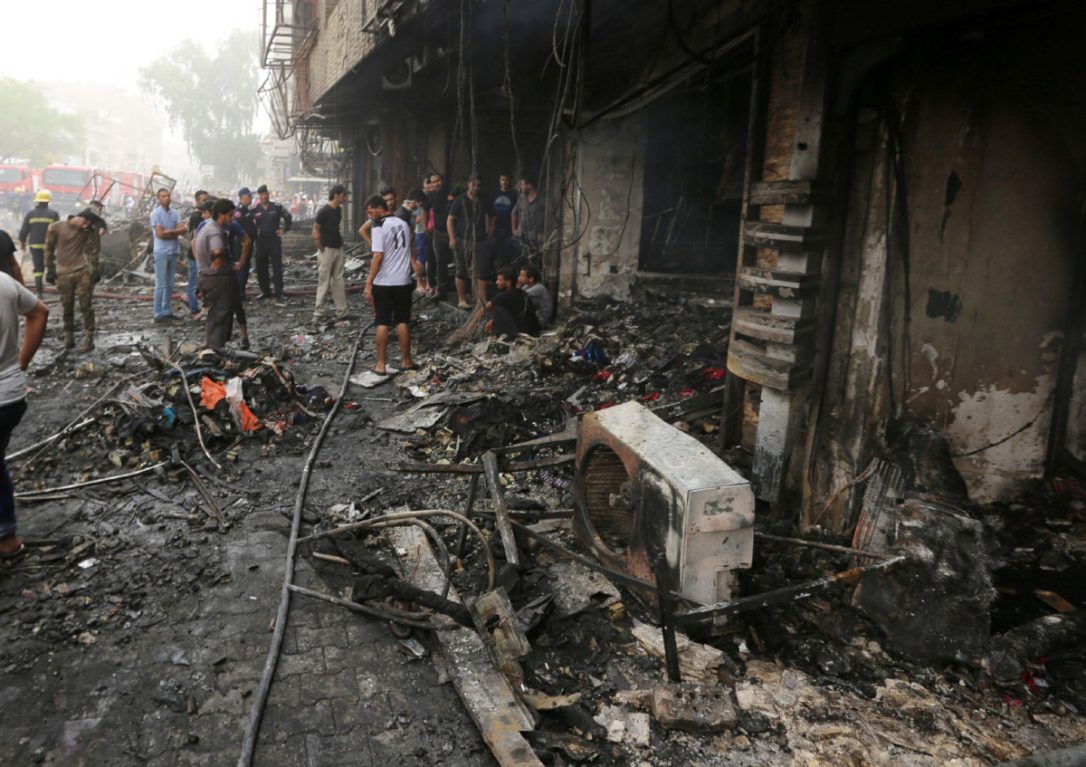 A suicide truck bomb ripped through a busy shopping district in Baghdad over the weekend, killing more than 100 in what was has been described as the deadliest single attack in the war-weary country in years.CNN reports

The brazen Saturday night attack in the heart of the packed Karrada neighborhood killed at least 125 people, including 25 children and 20 women ,147 people were left wounded

Families had been gathering hours after they broke the fast for the holy Muslim month of Ramadan and prepared for Eid al-Fitr — the day that marks the end of the holiday this week.

As people congregated, shopped and watched soccer matches, the bomb-laden truck plowed into a building housing a coffee shop, stores and a gym. Firefighters rescued wounded and trapped people in adjacent buildings.

“These acts of mass murder are yet another example of Daesh’s contempt for human life,” said State Department spokesman John Kirby, using another term for ISIS.

“From Baghdad to Istanbul, Brussels, Dhaka, and Paris, Daesh terrorists murder the innocent to attract attention and recruits. They will not succeed.”