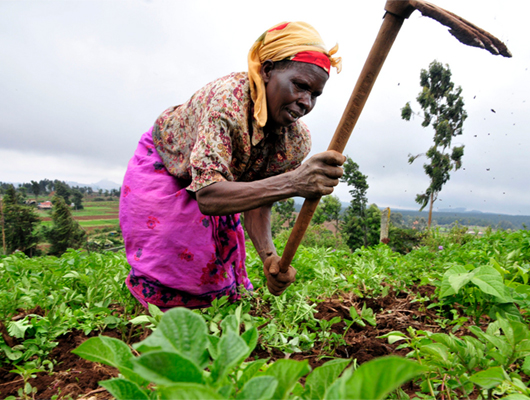 The African Development Bank has approved a $1.5 billion Emergency Food Production Facility to help tackle the global food crisis sparked by the Russian-Ukraine conflict.
The funds will help 20 million African farmers produce an extra 38 million metric tons of food to address growing fears of starvation and food insecurity on the continent.


The emergency food production package comes as the African Development Bank gathers in the Ghanaian capital of Accra for its 2022 Annual Meetings this week. Delegates will take stock of the Bank’s projects, which have impacted the lives of 335 million Africans in the last five years, while looking ahead to new challenges and opportunities.
Overcoming Africa’s challenges includes building back from Covid-19. Early in the pandemic, the Bank provided a crisis response facility of up to $10 billion to African countries to help overcome its social and economic impacts. It also launched a $3 billion Covid-19 social bond on the global capital markets, at the time, the highest ever US dollar denominated social bond. According to the Bank’s president, Dr. Akinwumi Adesina, this helped provide social protection to about 30 million vulnerable people.


With the support of President Emmanuel Macron and G-7, our Affirmative Action for Women in Africa (AFAWA) is raising $5 billion for women businesses
Discussions at the African Development Bank Group Annual Meetings in Accra will also cover a range of topics including climate change, where the Bank, together with former UN Secretary General Ban Ki-Moon and the Global Center on Adaptation, is mobilizing $25 billion to support climate adaptation and resilience.
The meetings will also include substantive discussion on providing increased financial support to women entrepreneurs. The Bank’s Affirmative Action for Women In Africa is one of its flagship programs.