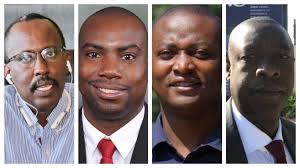 “The Authority would like to inform the public that on 28th May, 2020, the URA Board of Directors sat and made recommendations concerning the reorganization and Management of URA. On the 29th May, 2020, the following Senior Officials chose to resign and the Board has accepted their resignations,” a statement from URA reads in part.

The statement signed off by URA Management, further stated that that the tax body will never compromise integrity, patriotism, and professionalism, for these will be the traits that define the new era at URA.
New appointments
The composition of the Heads of Department and the Large Taxpayers Office will be as follows with immediate effect:-