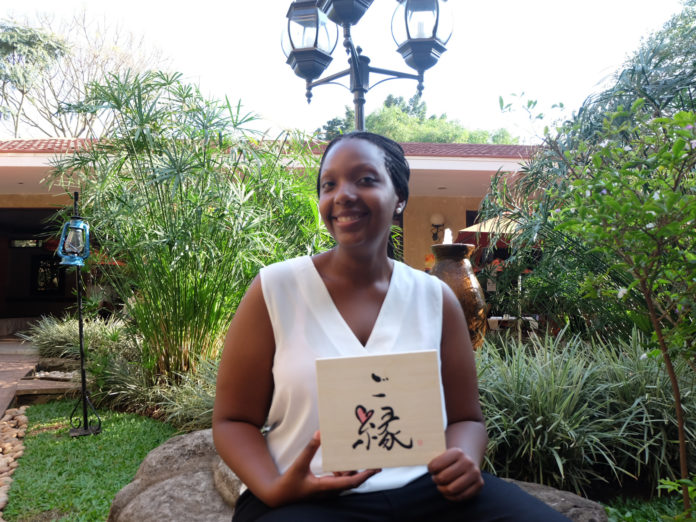 Four Ugandans have made it to 2018 Forbes Africa’s 30 young creatives. Africa’s 30 young creatives making waves across different industries such as music, art, media, film and fashion.
The 2018 FORBES AFRICA under 30 is authentic and most definitive list of Africa’s most promising young change-makers.
Inspired by the growing number of young men and women entrepreneurs, game-changers, all under the age of 30, in each the three sectors – business, technology and creative.


The 90 in total are challenging conventions and rewriting the rules for the next generation of entrepreneurs, creatives and tech gurus.
The final list follows months of rigorous research, sifting through over 600 nominations, vetting them for weeks, verifying and investigating them.
Forbes Africa says, it favored entrepreneurs with fresh ideas and took into account their business size, revenue, location, potential, struggles, social impact and resilience.
Meet the class of 2018, made in Uganda.

Nataliey Bitature, 28; Co-Founder: Musana Carts
Bitature was raised by entrepreneurs. She grew up running around building sites, cleaning shop floors and counting stock in the evenings. When she was on track to study investment banking, she volunteered at a school in rural Ibanda and realized there was another need for business.
“Entrepreneurship provided for my family and for the first time I saw that it was something I took for granted. The teenage girls in the class I taught had very simple and unambitious dreams and it broke my heart. I knew I had to get into business that changed lives, improved communities and gave other Ugandan girls the opportunities I had had,” she says.


She fundraised $60,000 for building two classrooms and an IT lab for the girls.
She later co-founded Musana Carts. These are solar-powered street vending carts designed for micro-entrepreneurs in Uganda. They are modular, made for the customization of business features including fridges, sockets and mobile money terminals. Musana Carts equip its vendors with finance and business training and offers a path to legalization for those trapped in the informal sector.
Bitature was named a World Economic Forum Top Woman Innovator in 2016 and was invited to present at the World Bank headquarters for the Spring Meetings 2017. She also previously founded two service businesses in Kampala: Tateru Properties and Handymen Uganda.


“I believe because of the family I come from I’ve had the unique opportunity to be exposed to people and institutions that can help my causes. When I was preparing to pitch Musana Carts to President Clinton and a panel of esteemed judges in New York, I got to pitch to the Prime Minister of Uganda…,” she says.


Kevin Lubega, 28; Founder: EzeeMoney
From as far back as his early teenage years, Lubega used every opportunity he had to work with and learn from his father.
“I have greatly benefitted from watching him come from very humble beginnings to grow various businesses from the ground into multinational organizations making a profound impact on Africans,” he says.
He was inspired to solve Africa’s problems through technology. To date, he has founded five companies in diverse industries, including e-commerce, real estate, financial services and oil and gas.
“Through these ventures, my goal has been to provide sustainable and lasting solutions to Uganda’s and Africa’s unique challenges.”


Incorporated in 2012, EzeeMoney is a fintech firm offering electronic money services to clients with or without a mobile phone or formal bank accounts wishing to receive and make multiple payments. They also offer to pay bills, do collections, and offer point of sale money transfers and other e-money services to banks, non-bank corporations, government and NGOs.
EzeeMoney operates in Uganda, Kenya, Tanzania, Mozambique and Zimbabwe. They directly employ 80 people and indirectly about 8,000.


Stacey Gillian Abe, 27, Multi-disciplinary contemporary artist
Abe describes herself as “reserved”. Her work highlights the strengths and fragility of the female mind. It attempts to critique stereotypical depictions of her as a black woman.
“My passion started from the need to express myself more, I am not an introvert but a bit reserved,” she says.
She found it easier to express her thoughts, document her experiences and put down her imagination through art. It all started with painting and drawing in high school in 2008.


“From that, I grew fond of art as a form of expression. I made a decision to continue with it at university in 2010. A huge part of my practice now revolves around highlighting complex situations as autobiographical documentations of past and continuous experiences. I like creating room for dialogue…”
In her multi-layered glass art, video and performance installations, she has examined the unconscious thought processes to question, highlight and raise awareness on behaviour and character that influence and make up an individual.
Abe has shown her works for various exhibitions including at Institut Français de Kinshasa, Circle Art Agency in Nairobi and the Johannesburg Art Gallery.


Kemiyondo Coutinho, 28; Playwright, Actress, Filmmaker, Entrepreneur
Coutinho is a woman of many talents.
“As an African woman, the narratives I was fed all upheld a stereotypical, singular story or view of what it means to be both African and a woman,” she says.
It inspired her first piece of work at age 17.
“My first piece of writing at the age of 17, took those ideas apart and dismantled them giving voice to the women whose concerns were not being heard. Since then, I have written more plays, more films and started a performance platform all with the aim of deconstructing the societal structures put in place to silence my narrative,” she says.

read:How Patrick Bitature got onto the distressed companies list

One of her works was writing, directing and acting in a short film that deals with Ugandans’ attitude towards women wearing mini-skirts. She is also the founder of Kemistry Klass, an arts organization aimed at using arts to create change. Here, she teaches, acts, directs, writes and produces projects that all aim at vocalising silenced voices.

read:Why Ugandan entrepreneurs are selling their businesses to foreign firms

Just recently, she was selected as one of the recipients of Kevin Hart’s Laugh Out Loud Filmmaking fellowship for her script on immigration in America. As a result, according to Coutinho, Kevin Hart will produce her next film.
She has held roles in music video production, filmmaking, event production and event curation.
///Forbes Africa