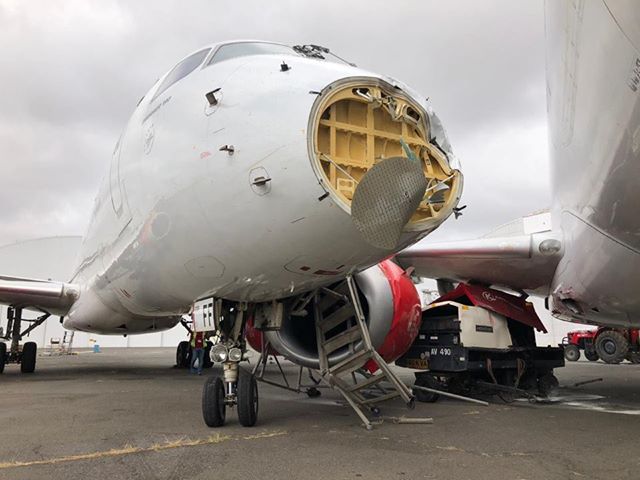 
Apparently 5Y-KYR jumped off her chocks during a “ground run”.

The crew then tried to avoid the aircraft from hitting hangar walls, but the aircraft hit a parked Embraer (5Y-FFF) instead. Both aircraft received major damage.