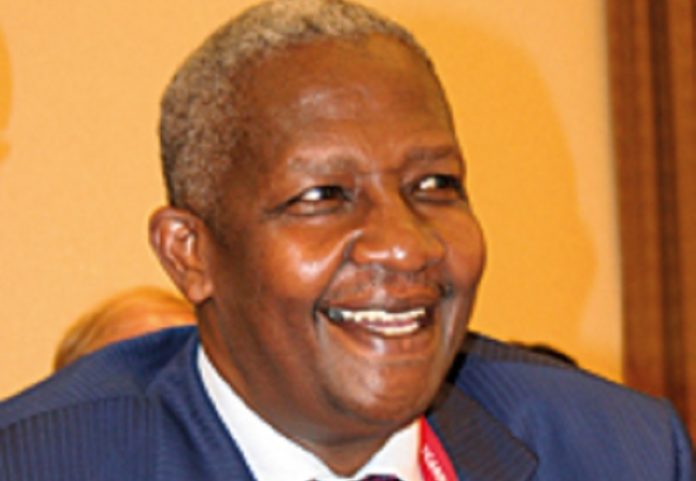 US authorities on Monday revealed the arrest of two former top officials from Hong Kong and Senegal on charges of participating in a “multi-year, multimillion-dollar scheme” to bribe officials in Chad and Uganda on behalf of a Chinese energy conglomerate.

The statement from the US Attorney’s Office for Manhattan said Patrick Ho Chi-ping, former home secretary of Hong Kong and head of a non-governmental organisation funded by the Chinese conglomerate, and Cheikh Gadio, had been arrested and charged with violations of the Foreign Corrupt Practices Act, international money laundering and conspiracy to commit both.


Acting Manhattan U.S. Attorney Joon H. Kim said: “In an international corruption scheme that spanned the globe, Chi Ping Patrick Ho and Cheikh Gadio allegedly conspired to bribe African government officials on behalf of a Chinese energy conglomerate. Wiring almost a million dollars through New York’s banking system in furtherance of their corrupt schemes, the defendants allegedly sought to generate business through bribes paid to the President of Chad and the Ugandan Foreign Minister. As alleged, Ho’s Ugandan scheme was hatched in the halls of the United Nations in New York, when the country’s current Foreign Minister served as the President of the U.N. General Assembly, and then continued unabated upon his return to Uganda. International bribery not only harms legitimate businesses and fair competition, but it also destroys public faith in the integrity of government. And when this type of international corruption and bribery touches our shores and our financial system, as the alleged schemes did, federal criminal charges in an American court may very well be the end result.”


FBI Assistant Director-in-Charge William F. Sweeney Jr. said: “The scheme described in this case boils down to these subjects allegedly trying to get their hands on the rights to lucrative opportunities in Africa. They were allegedly willing to throw money at the leaders of two countries to bypass the normal course of business, but didn’t realize that using the U.S. banking system would be their undoing. The FBI, our partners in the IRS and the law enforcement community work diligently day after day to protect the integrity of our financial institutions, and stop foreign entities corrupting international commerce.”
HSI Special Agent in Charge Angel M. Melendez said: “These individuals allegedly offered millions of dollars in bribes to foreign officials, disguised as charitable donations, in order to seek business advantages. One used his position with a United Nations Council to further this scheme. We will continue to aggressively investigate financial crimes committed by corrupt foreign officials while working collaboratively with our counterparts at the FBI and IRS.”


According to the allegations in the Complaint and other statements in the public record:

This case involves two bribery schemes to pay high-level officials of Chad and Uganda in exchange for business advantages for the Energy Company, a Shanghai-headquartered multibillion-dollar conglomerate that operates internationally in the energy and financial sectors. At the center of both schemes is CHI PING PATRICK HO, a/k/a “Patrick C.P. Ho,” the head of a non-governmental organization based in Hong Kong and Virginia (the “Energy NGO”) that holds “Special Consultative Status” with the United Nations (“UN”) Economic and Social Council. The Energy NGO is funded by the Energy Company.


In the scheme (the “Uganda Scheme”), HO caused a $500,000 bribe to be paid, via wires transmitted through New York, New York, to an account designated by the Minister of Foreign Affairs of Uganda, who had recently completed his term as the President of the UN General Assembly (the “Ugandan Foreign Minister”).

HO caused a $500,000 payment to be wired to an account in Uganda designated by the Ugandan Foreign Minister, through a bank in New York, New York.

In fact, this payment was a bribe to obtain business advantages for the Energy Company in its efforts to secure contracts and ventures in Uganda’s financial and energy sectors.

HO also provided the Ugandan Foreign Minister, as well as the President of Uganda, with promises of future benefits, including proposing to partner with both officials’ family businesses in potential joint ventures.


The charges contained in the Complaint are merely accusations, and the defendants are presumed innocent unless and until proven guilty. 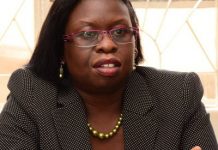 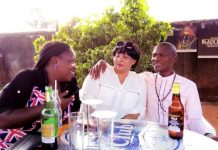 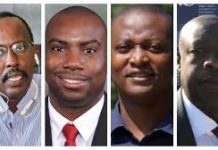