Home Business Uganda Airlines: why the senior executives, board members were forced to... 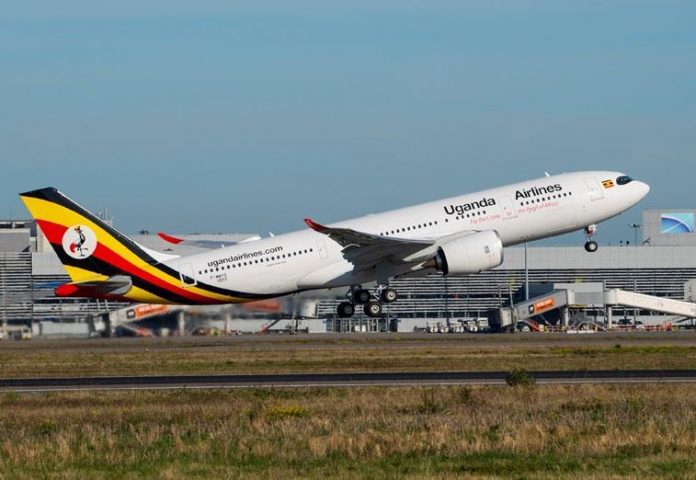 Following a dramatic week in which senior executives and board members at Uganda airlines were forced to go on ‘leave’ details have emerged that highlight reasons for the government’s displeasure at numerous corporate governance failings, operational and management shortcomings and lack of strong leadership at the national carrier
In a letter from the ministry of works and transport, seen by Airspace Africa and addressed to the Chairman, board of directors at Uganda Airlines, the minister expresses unhappiness at the board’s refusal to attend a crucial meeting and goes on to list up to 12 “pertinent issues” at the Airline that needed to be addressed


“You are asked to give me a comprehensive report on all the issues highlighted above by 7th May 2021” the minister sternly signed off
Here are the 12 issues communicated by the minister:
Corporate Governance
1. The role of the board in recruitment of staff at all levels
2. The role of the board in procurement of goods and services for the Airline
3. Failure of the board to address the weakness in management at the Airline especially the Chief Executive officer’s failure to rein in and discipline errant staff


Flight Operations
1. The cost of simulator training is too high. Can the training interval be increased from six months to one year?
Aircraft Maintenance
1. What arrangements are in place to set up the Airline’s own Aircraft Maintenance Organization(AMO)
Comprehensive training program
1. Has the Airline developed an appropriate training program for critical staff
‘In case of failure to respond as requested, I will have no other option but to request the shareholders to suspend you as the chairman of the board of directors”- Signed Joy K Kabatsi, Minister of State for transport
Despite the uncertainty around its leadership, the Airline has seemingly moved on and is currently marketing a new 4 times weekly route to Johannesburg that is scheduled for launch on the 31st of May


The National Airline posted the following statement in response to speculation around its management:
“The Board of Directors of Uganda Airlines wishes to inform our esteemed clients and the general public that some members of our management team have taken leave. During their absence, the roles will continue to be performed by the organization in line with our human resource policies. All our operations continue normally” Signed Pereza Godfrey Ahabwe – Chairman, Board of Directors
Airspace-africa