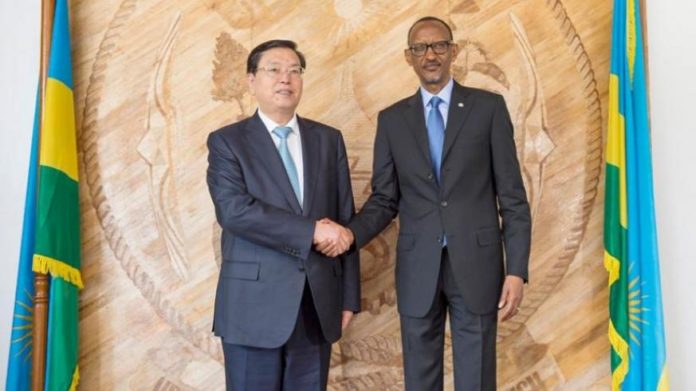 Rwanda signed loan agreements worth more than $300 million with China and India to fund roads and irrigation, officials said, as leaders from the two Asian powers made their first visits to the East African nation.


Chinese President Xi Jinping visited Rwanda from Sunday to Monday and granted a loan to build two roads. India’s Prime Minister Narendra Modi arrived on Monday on the way to a summit in South Africa and agreed $200 million in loans.

“With India we signed a loan of $100 million for irrigation in three separate areas in the country and $100 million for developing special economic zones,” Rwanda’s minister of finance Uzziel Ndagijimana told Reuters.


“With China we signed a loan agreement of $76 million for the road from Huye to Kibeho and for the new Bugesera airport access road it is $50 million,” Ndagijimana said.
////Reuters