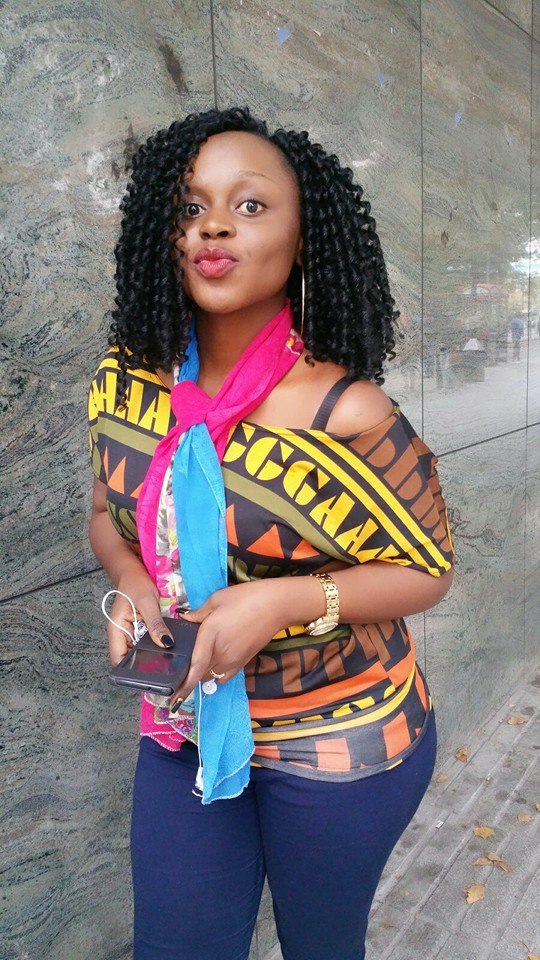 In an interview on Sanyu FM hosted by Crystal Newman, Rema Namakula vowed never again to date a musician in her life.
“Me and Eddy Kenzo are ‘there there’. “I can never date any other person in the music industry because I have gone through a lot. I never wish my daughter to join the industry or know the beauty of singing.” Rema said.


Rema told Sanyu FM listeners that she fell in love with Kenzo because (then) Kenzo was simple, down to earth, honest and real.
“Kenzo’s honesty attracted me, nothing about him was fake. When I met him he was real, some people today feel he changed because of fame but he is a real guy and I liked him,” The songbird praised Kenzo, pointing out ‘liking him’ in past tense.

When Crystal Newman asked her why she is so determined never to love a celebrity again, Rema sounded sad as she replied; “There is no privacy in such a relationship.”
Is she searching?
Rema said that she is ready to date again in case any suitable suitor comes up. “Of course I can love again, as long as I still have a beating heart, I will fall in love again,”
Rema-Kenzo relationship is said to be on the rock. Kenzo has been associated with several city ladies including Weasel’s ex-girlfriend Samira Tumi.


Sources say Samira who called her relationship with Weasel quits over Weasel’s cheating ways, is said to be finding comfort in Eddy Kenzo. Sources say the two lover birds have been seen hanging together for the last couple of months.
But Rema is not clean either
Rema has in recent past been associated with several men including:


Walukaga: The Kadokamu chief shocked many when he claimed that Rema’s baby Rema was his. Walukaga claimed to have dated Rema for a very long time. He added that he even bought her the first laptop she ever possessed and their relationship was cemented by it. Rema had never come out to clear the air about what kind of relationship they had.
In 2012, when she was still at Kyambogo University, it is said that Rema was engaged to some city hajji who used to finance her campus life. Hajji started injecting money into her music career and Rema, that’s how she ended up in Bebe Cool’s Gagamel.

While at Gagamel, Rema was forced to drop the aging and loaded Hajji. Bebe saw a cute young girl and decided to own her. Their closeness caused headache for Zuena. Rema started to be the next girl in Bebe’s life. Zuena didn’t take this lightly. She fought hard until Rema left. Bebe Cool got worst news when he learnt that Rema was dating Kenzo. Several years later- Bebe Cool is still ‘fighting’ Kenzo reportedly over Rema.