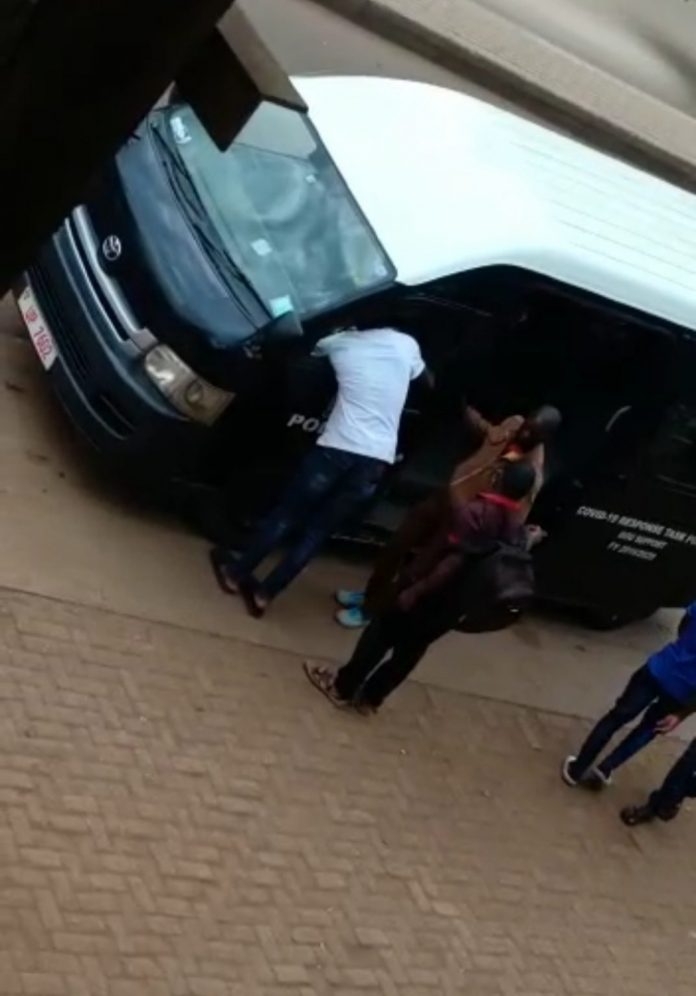 A police driver identified as Sgt/ Driver Christopher Opio, has been taken into custody, for misuse of a police van, after he diverted it for his personal duties. In this very respect, he was captured on a video which went viral, transporting passengers to Kampala, against the new Presidential guidelines and Ministry of Health Standard operating procedures


‘ ‘As the police, we strongly condemn the actions of our driver, which serves to undermine our enforcement efforts in the fight against COVID-19 in the country. The shameful act is also in direct contrast with our fleet management protocols, where all police drivers are as a must directed to park their vehicles at their work stations. The errant driver who is attached to the Public Relations Department, did not adhere to the Force instructions.’’ Reads a statement from Uganda police.

Police also hailed the public for recording and sharing the video on such acts of gross misconduct by officers.
‘ ‘The UPF, is a disciplined force, which does not condone any misuse of its fleet, more so during a critical period of the pandemic, where a good percentage of our fleet including buses, lorries, vans and motorcycles are redirected towards the enforcement of the anti-covid 19 measures.’’


The statement adds: We want to provide maximum assurance to the public that we deal robustly with all forms of indiscipline in the force. The driver was immediately tracked down, as soon as the video footage came to our attention, and arrested from as far as Kole District, enroute to his home District in Alebtong.
The suspect, Opio is being charged with scandalous behaviour, which attracts a dismissal, disobedience of lawful orders and acting negligently in a manner likely to spread the virus.