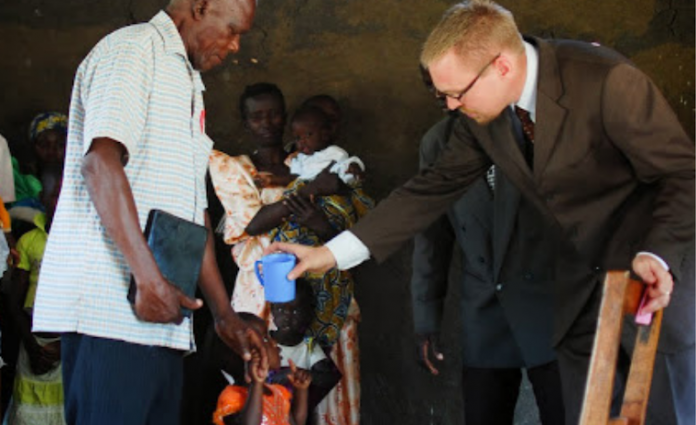 A former pastor from Georgia who was conducting missionary work in Uganda when he sexually assaulted a girl under the care of his church has pleaded guilty to his crime in federal court.
Eric Tuininga, 44, of Milledgeville, Georgia, pleaded guilty to engaging in illicit sexual conduct in foreign places before Chief U.S. District Judge Marc T. Treadwell. Upon entry of his guilty plea, Tuininga was taken into custody pending his sentencing. Tuininga faces a maximum 30 years in prison to be followed by a term of supervised release up to life and a maximum $250,000 fine. In addition, Tuininga will have to register as a sex offender upon his release from federal prison. There is no parole in the federal system. Sentencing has been scheduled for 3rd May 2022.


“Eric Tuininga used his trusted position as a pastor to sexually assault a young Ugandan girl in his care. This was a challenging case, but law enforcement worked diligently to ensure that Tuininga did not escape justice for his crime overseas,” said U.S. Attorney Peter D. Leary. “The U.S. Attorney’s Office, along with our national and international law enforcement partners, will do everything in our power to catch child predators and hold them accountable for their crimes.”
“Tuininga was supposed to be someone that could be trusted, but instead he abused that trust and victimized a child,” said Special Agent in Charge Katrina W. Berger, who oversees Homeland Security Investigations (HSI) operations in Georgia and Alabama. “HSI and its law enforcement partners will continue to utilize every resource available to identify, arrest and prosecute those who prey upon children.”


According to court documents, a U.S. citizen affiliated with the U.S.-based Orthodox Presbyterian Church (OPC) operating in Mbale, Uganda, contacted U.S. Embassy Kampala American Citizen Services (ACS) in June 2019, to report that Tuininga, who was working as one of the group’s ministers, was having sex with Ugandan female minors as young as 14-years-old who were under the care of the organization. U.S. Department of State, Bureau of Diplomatic Security (DSS) agents in Kampala, Uganda, opened an investigation into the allegations. Finding Tuininga had already returned to his home in the Middle District of Georgia, the Department of Homeland Security, Homeland Security Investigations (HSI), Child Exploitation Unit, Atlanta, continued the investigation.

Federal agents identified a Ugandan minor who was 14-years-old in March 2019 when Tuininga had sex with her as he was working as a pastor with the Orthodox Presbyterian Church (OPC). Tuininga now admits that he came to know the victim in his capacity as a religious leader and that the victim would often visit the OPC church, including a religious compound, overseen by Tuininga. Tuininga also now admits that he engaged in illicit sexual conduct with the child.
This case was brought as part of Project Safe Childhood, a nationwide initiative to combat the growing epidemic of child sexual exploitation and abuse, launched in May 2006 by the Department of Justice.