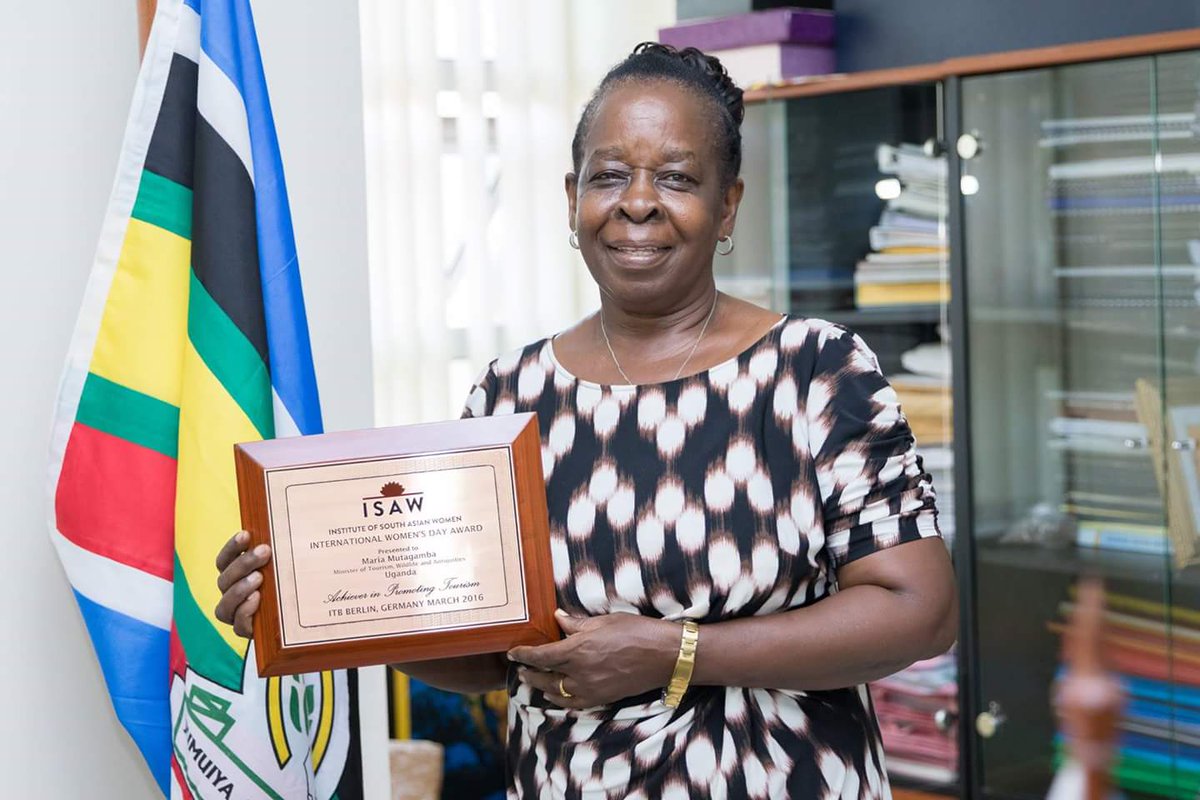 Winnie Byanyima, the executive director Oxfam International, has described the fallen Maria Mutagamba as a values-driven leader who whose struggle for gender equality, Human rights and democracy in Uganda will forever be remembered.
Maria Emily Lubega Mutagamba,64, succumbed to liver cancer last Saturday at Case Hospital in Kampala. She has been described by many as a woman, who devoted her earlier political life to democratic struggles and justice.


‘ ‘I pay tribute to my sister Maria Mutagamba for her valiant struggle to revive Democratic Party and broaden its base. Amazing courage!’’ Byanyima said of the departed leader who was also former Member of Parliament representing the women of Rakai district
Ms Byanyima said that she will always remember the late, as a courageous, persevering, humble, passionate and practical, values-driven leader.

‘ ‘Farewell my sister Maria, the struggles and human rights, democracy, equality continue. You made your mark. My deepest sympathies to the family and friends of Hon Maria Mutagamba. I will miss Maria, a values-driven leader.’’ She added.
Political career
Mutagamba chaired Democratic Party’s Paul Ssemogerere’s presidential campaign task force in 1996 elections against President Museveni, becoming the second-high ranking opposition female politician after Cecilia Ogwal of the Uganda People Congress during her time.
Mutagamba coordinated the entire campaign manning activities at both the headquarters at City House and the Youths Centre at Kabuusu.


Norbert Mao, the DP president says Mutagamba was appointed deputy secretary general at a very delicate time in the history of one of country’s oldest political parties.
“Democratic Party was working with an executive committee which was full of holes because many of them had either died or had crossed to the ruling party, the NRM and the party was struggling to live,” DP president Norbert Mao told Daily Monitor.
“I strongly believe that she has been one of the most hardworking members of cabinet, always doing her work with determination and caution. It is without doubt that Uganda has lost a very principled person. May her soul rest in eternal peace.” Paul Ssemogerere told Daily Monitor. Adding that even after crossing to the NRM, Mutagamba remained a hard-working minister, putting service beyond self.
Burial arrangements


On Tuesday, the body will lay in State at Parliament from 10:00am to 2:00pm. At 2: 00, the MPs shall pay their last respects to the departed colleague. At 5:00pm the body will be taken to her ancestral home in Gamba Village, Kakuuto County, Rakai District. There will also be a night vigil. She will be laid to rest on Wednesday 28th June 2017.