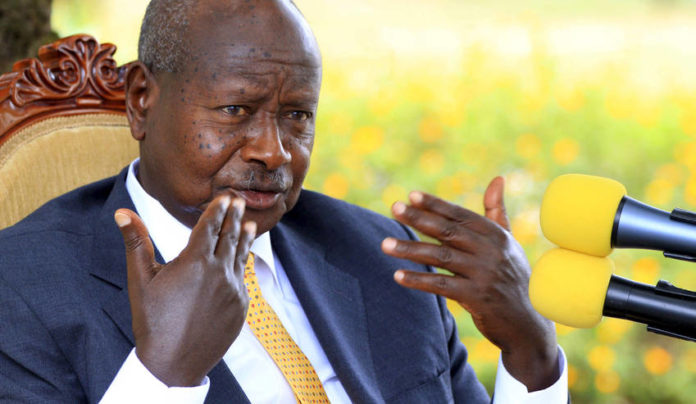 President Museveni last evening at State House Entebbe approved the setup of an investment, economic and governance reforms forum composed of public and private sector members to inject fresh thinking into the functioning of some of the institutions of government.
The forum will meet him four times a year and advise the president some of the incremental changes that will accelerate investment, production and productivity in the ministries of trade and export, Agriculture, the financial sector and public service.


READ: Uganda is steadily moving towards a cashless economy


Mr. Kaboyo told the President “for Uganda’s economy to continue growing, our country has to look beyond the traditional sources of financing of public projects, increase the rate at which we attract private equity funds into our economy so that businesses of young people can find funds and also improve our governance systems”
The team made proposals on the handling of domestic arrears and the toxic assets of the banks that have been distressed.

Mr Deon Haigh said he would help along with other large agricultural based anchor companies, support government with extension officials training, credit delivery systems to small scale farmers, introducing traceability technology tools to build a data base of farmers, using his company’s model in West Nile and Bunyoro.
The president signed off some of the proposed reforms in the key sectors and promised to launch the forum in May.