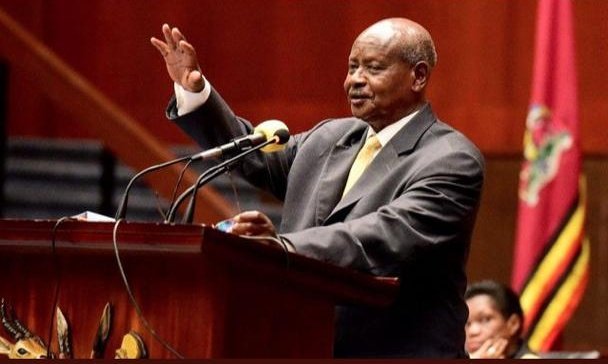 President Yoweri Museveni says he is delighted with the growth of the Country’s Per capita Income. “The income per person is now equivalent to $800 (About three million shillings)”


The head of State this super Economic Growth of the economy is partly because of the decision ‘‘we took in 2006 to prioritize the roads and electricity. I congratulate that parliament, because they supported that proposal when I brought it.’’
He noted that ‘‘Government is prioritizing the industrial parks which will result into creation of new jobs. The total of factories in Uganda is now 4900. When we started Uganda Manufacturers Association, we had only 80 factories” he added.

“Domestic revenue in the FY2017/18 amounted to UGX15.5 trillion. This is about 15% of GDP. In the 2019/20 FY, we plan to collect UGX19.6. Trillion, equivalent to 16.1% of GDP”
Meanwhile President Museveni directed minister of East Africa Affairs to get in touch with the families of four Kenya-n pilgrims knocked dead enroute to Namugongo for Martyrs Day 2019. The president said Uganda government will compensate them because they were killed inside Uganda territory