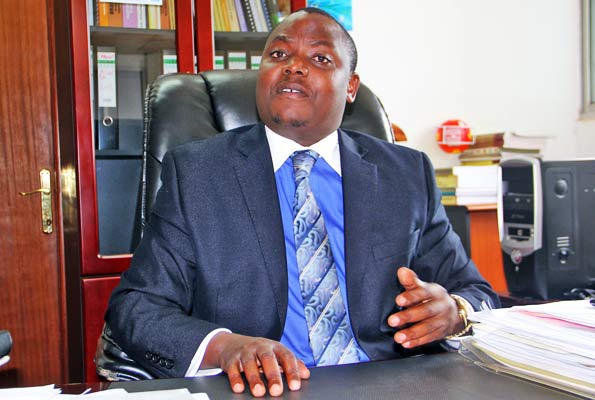 According to sources, the incident stemmed from a disagreement between Mr. Kibuule and Ms Obuku, a private security guard manning the bank’s main entrance over a search.

It is said, the minister wanted to access the bank premises without going through the required security checks of anyone who enters the bank hall.

According to Franco Sande, the Ms Obuku supervisor, Hon. Kibuule arrived at the bank and wanted to access the bank premises without going through the security checks.

Mr. Kibuule reportedly told the guard that he is a minister and couldn’t be searched. The guard stood her ground that he will not enter the bank without fulfilling the bank standards.

The angry Kibuule then reportedly grabbed the guard and beat her up before flinging her away.

In a twist of events, Stanbic Bank CEO Patrick Mwehiere has written to Hon. Patrick Kibuule apologizing over the ‘embarrassment and inconvenience’ he might have gone through.

The Stanbic Bank CEO letter did not go well with a section Ugandans who thought, Hon. Kibuule’s actions were uncalled for.

@agabad To the CEO, Kibuule’s account is more important than the security guards rights.

‏@tolokwa We were all born naked and those in power should use their positions to abuse others and then seek apology. Shame!!

‏@Yunusmb No more checking of clients then. This sets a precedent

‏@EOthini Stanbic telling us it’s okay 4 their clients to assault a guard at their premises?