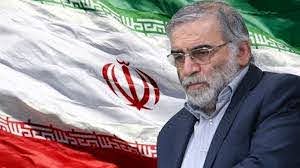 High-ranking Iranian nuclear physicist Mohsen Fakhrizadeh, named by the West as leading the Islamic Republic’s military nuclear programme until its disbanding in the early 2000s, has been assassinated in an ambush near Tehran.
Fakhrizadeh was shot “by terrorists” in his vehicle in Absard, a suburb in eastern Tehran, and he later succumbed to his injuries in what amounted to a “martyr’s death”, Iran’s Foreign Ministry said on Friday.
Local authorities had confirmed Fakhrizadeh’s death several hours earlier and also said that several attackers were killed.


Fakhrizadeh served as the head of the Research and Innovation Organisation of the defence ministry at the time of his death.
Iran’s foreign minister alleged the killing of Mohsen Fakhrizadeh bore “serious indications” of an Israeli role, but did not elaborate.
Israel declined to immediately comment on the killing of Fakhrizadeh, whom Israeli Prime Minister Benjamin Netanyahu once called out in a news conference saying: “Remember that name.”
Israel has long been suspected of carrying out a series of targeted killings of Iranian nuclear scientists nearly 10 years ago.

The semiofficial Fars News Agency said witnesses heard the sound of an explosion and then machine gun fire. The attack targeted the car Fakhrizadeh was travelling in, the agency said.
Those wounded, including Fakhrizadeh’s bodyguards, were taken to a local hospital, the agency said.
No group immediately claimed responsibility for the attack.
Al Jazeera’s Assed Baig, reporting from Tehran, said that according to Fars News Agency, Fakhrizadeh “came under attack by three-four unknown assailants”.
“They also say three-four people were killed in that incident,” Baig said.
“We have had the head of the Revolutionary Guard say that assassinating nuclear scientists is an attempt by hegemonic powers to stop Iran from gaining new sciences.”

Iran’s foreign minister called on the international community to condemn “this act of state terror”.
“Terrorists murdered an eminent Iranian scientist today. This cowardice – with serious indications of Israeli role – shows desperate warmongering of perpetrators,” Mohammad Javad Zarif wrote on Twitter on Friday.
In a letter to UN Secretary-General Antonio Guterres and the UN Security Council on Friday, Iran also said there are “serious indications of Israeli responsibility” in the attack and said it reserves the right to defend itself.
“Warning against any adventuristic measures by the United States and Israel against my country, particularly during the remaining period of the current administration of the United States in office, the Islamic Republic of Iran reserves its rights to take all necessary measures to defend its people and secure its interests,” Iran’s UN envoy, Majid Takht Ravanchi, wrote in the letter, which was seen by Reuters news agency.
Fakhrizadeh, 63, had been a member of Iran’s Revolutionary Guard and was an expert in missile production. Fars said that is why Israeli secret services had long sought to eliminate him for many years.
A military adviser to Iranian Supreme Leader Ayatollah Ali Khamenei accused Israel of killing Fakhrizadeh to try to provoke a war.
“In the last days of the political life of their … ally [US President Donald Trump], the Zionists (Israel) seek to intensify pressure on Iran and create a full-blown war,” commander Hossein Dehghan tweeted.
He said Fakhrizadeh’s work will continue to be a “nightmare” for Iran’s enemies.
one of “the people who are fighting without any claims behind the scenes of political battles and achieved martyrdom in this path”, Dehghan tweeted.
The US Pentagon declined to comment on reports of the attack.

In May 2011, the exiled opposition group National Council of Resistance of Iran (NCRI) issued a report with what it said was a photograph of Fakhrizadeh, with dark hair and beard stubble.
It was not possible to independently verify the picture.
The NCRI said in the report that Fakhrizadeh was born in 1958 in the Shia Muslim holy city of Qom, was a deputy defence minister and a Revolutionary Guard brigadier-general, held a nuclear engineering doctorate and taught at Iran’s University of Imam Hussein.


A high-ranking Iranian source described Fakhrizadeh to Reuters news agency in 2014 as “an asset and an expert” dedicated to Iran’s technological progress and enjoying the full support of Iranian Supreme Leader Ayatollah Ali Khamenei.
The source added that Fakhrizadeh had three passports and he travelled a lot, including in Asia, to obtain “the latest information” from abroad, but would not elaborate.
Al Jazeera 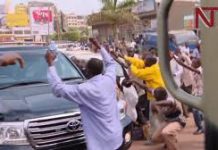 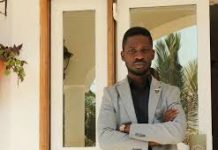 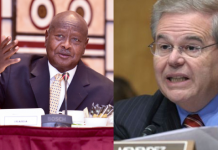