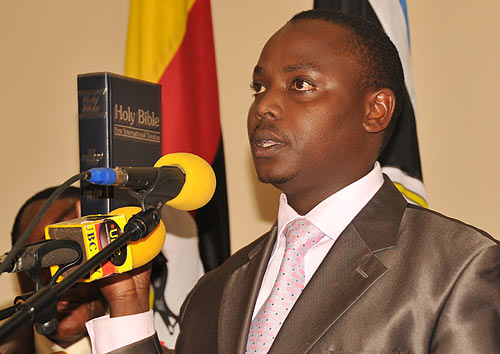 A section of Ugandans have called for the arrest of state minister for Water and Environment Ronald Kibuule following the death of his two children.


They accuse him of negligence, particularly failing to protect his home swimming pool.

Kibuule told mourners on Tuesday at his home in Mbalala, Mukono district that he has no doubt that his sons, young and innocent as they were, ended up in heaven and he will also work towards going to heaven to eventually meet them.


Those arrested include Nalubwama Scovia, 32, Nankunda Peace, 23, Lawrence Kibaya the shamba boy and Kumanya Agripa, a security officer, according to a statement released by Kampala Metropolitan Police spokesperson Patrick Onyango.
They face seven years in prison or a fine not exceeding Ugx. 70,000 or to both if found guilty.


I've failed 2 sleep as I think ab't the dead twins. I'm a parent. The arrest of maids & askaris is as intriguing. At the risk of sounding callous, let @PoliceUg & @ug_lawsociety tell us who's tortiously liable here. Kibuule too sh'd be arrested as we investigate. @UgandanLawyer


Kibble is equally liable for negligence. How on earth does he have an unprotected pool? If he could afford to put such a huge and high rise perimeter wall how could he have failed to ring fence the pool for the safety of his beloved twins?