Home Lifestyle Kagame: We still need ARSENAL to go back where it belongs –... 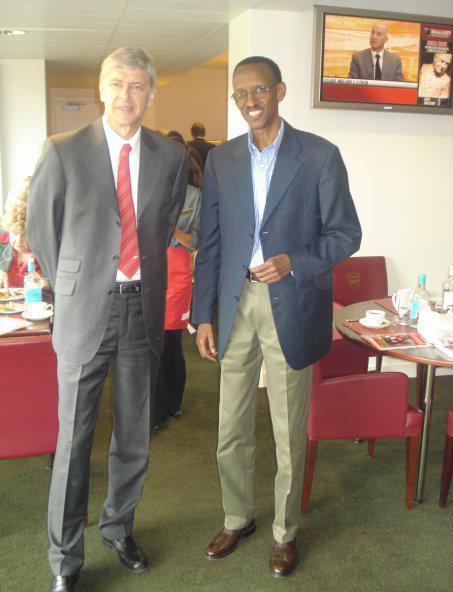 Rwanda President Paul Kagame, a longtime fan of Arsenal football on Friday said Arsene Wenger will not get the happy ending he had wished for, and ” this should not have been the kind of ending of an era.”

Following the loss, H.E Paul Kagame tweeted: ‘ ‘My take on my beloved Club Arsenal- a very good one at the game and a very good coach like a.Wenger ,this should not have been the kind of ending of an era. The coach is leaving and club trophy-less it was long coming! I am still a committed fan going forward :). Blame the owners’’


He added: As I had said way back and just as a good observer…something fundamental needed to change at/about the club. But if anything changed it was not the right one. All the best to all involved! We still need Arsenal to go back where it belongs- up there among the best in the game!
“I would like to finish my job well,” Wenger had said on Wednesday. “I believe a man has to give his best as long as he is somewhere.


“With all my commitment and energy, I would like to walk out of Arsenal one day knowing that until the last day I focused only on Arsenal.
“When my job at Arsenal is finished I will see where I go from there but I want to finish this love story well.”