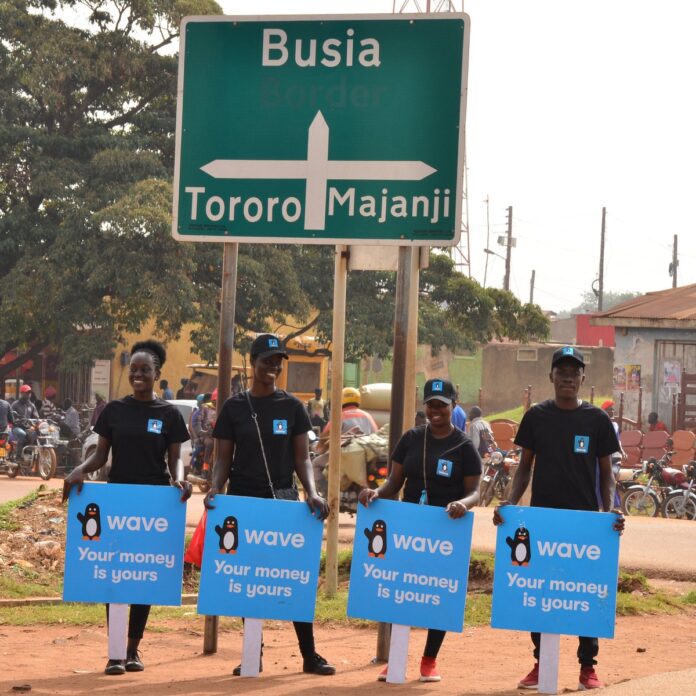 Warid Telecom, Java House, OLX Uganda, and Vodafone Who still recalls these companies? They arrived and declared they would rule the market. The cash was available. The top talent was hired by them. Instead, they were swallowed by the market. The quiet of those who are still working is deafening.

The Ugandan market is not as simple as you may imagine. However, companies like Equity Bank, Airtel Uganda, MTN Uganda, TotalEnergies, Café Javas, and Centenary Bank are succeeding because they grasped it and used the appropriate strategy (ies).

Will mobile payment company- Wave mobile money Uganda follow in the footsteps of Vodafone or join the likes of Equity Bank and Airtel Uganda? They say, If Cash is King, Strategy is Queen. Kings and Queens must work together. Wave has the money, how good is their strategy?

Copy and paste the Senegalese model

Wave money is said to be doing well In Senegal where it started. Wave was able to build a product that is used by more than half of Senegal’s 17m population in just three years.
“Today we are the first mobile money provider in Senegal in terms of the number of customers,” says Wave’s general manager, Coura Sene. “Our growth limit is the size of the population in Africa.”

Top managers of Wave Uganda are allegedly flown to Senegal to observe the model there in order to learn how to replicate it in Uganda.
Wave’s success in Senegal, according to the marketing expert, is simple to understand. Compared to other African markets, Senegal has a far less developed technology sector.

Market experts concur that Uganda is distinct. Ugandan market might not respond [or is already not responding] well to what succeeded in Senegal. Companies with ties to West Africa, such as UBA Uganda, Ecobank Uganda , and National Insurance Corporation , are struggling. The two banks are still posting losses more than ten years later. Can Wave Uganda alter the story?

also read: NIC life license suspended: Is the National Insurance Corporation on the verge of disappearance?

Wave’s platform is akin to PayPal (with mobile money accounts, not bank accounts). It runs an agent network that uses cash on hand to service customers who can make free deposits and withdrawals and get charged a 1% fee whenever they send money. Marketers agree that offering free deposits and withdrawals is a good way to break into the mobile money industry already dominated by banks and telecoms. Smart Ugandans, mainly businessmen, are exploiting this to their advantage.

Fearing to move with huge sums of money, the businessmen deposit on their wave money accounts and withdraw [for free] at will. The charges for MTN and Airtel mobile money are high.
When Wave learnt of this, they tried locking these accounts. Some customers had to churn the network on account of this. It is clear, Wave is not benefiting from the large volume of transactions going through its network. Majority Customers are not using other which tend to fetch more. You’re right to say, Wave is doing charity – spending so much to run the network, pay bills and not getting value from the customers- is this sustainable?

On the other hand, you have agents (numbering over 7000): master agents and Premier shops. For a startup, do you really need all these in your distribution channel when the transactions are still low?
For a lack of better word, you can call it wastage. A premier shop for example has three staff & a private guard. Add rent. Never mind majority these shops are redundant –thanks to low business.

Wave divided the country into regions. Every region was allocated a mystery shopper whose role is wake up every day & visit Wave agents, master agents disguising as a customer. They report their findings to Kampala. Wave is among the best paying companies In Uganda, the least paid employee taking home ugx. 1.2m [that is after tax, NSSF]. Another classical case of lack of strategy or wastage?

While preparing this article we sampled some Wave agents in Mityana & Mukono town, majority either reported very low to no business. Some said they have never transacted month since they were recruited.
Wave may for now have ‘enough money’ in the bank for the next few months/ years. July this year, the company secured a €90 million syndicated loan from the International Finance Corporation, Lendable, Norfund and other lenders in one of the largest debt deals on the continent. This is not free money. It will have to be paid at some point.

Wave Mobile money relies on smartphones to do transactions, this means one needs a reliable internet connection. Wave also uses a QR card which allows users without a smartphone to be registered and given a card with a QR code that they can use to deposit and withdraw money via wave agents.

Wave QR- Card comes with it its own disadvantages- for example, customers can’t see their balance. They have to visit a nearby agent to check for them. Not In this modern era where customers are increasingly showing preference for self-service. Uganda mobile money industry is dominated Airtel Money and MTN MoMo -Mobile Money. The two giants have shaped the evolution of mobile money, Wave may need a unique selling point to drive away customers. The zero withdraw fees or low charges for transfers may not be enough to sway users to their network.

Wave provides the technical platform & a network made up of sub agents & merchants. The distributors are paid according to customers registered & conversions made. Some shrewd Ugandans when they noticed customers were not coming in big numbers, they decided to register all contacts in their phones and submitting to wave Uganda as actual customers. They would be paid their commission. Wave management was on cloud nine, the ‘customer’ numbers were growing however, and this growth was not reflected in transactions made- raising a red flag
January 2022, when the company got know that they were some bad apples in her distribution channel, the company fired several agents & distributors suspected of this vice.

The mistake they did was to fire them without paying them. They went out talked ill about the company. While they later paid them, the damage was already done & nothing was done to clear the company’s image.


Red lights ahead? – Wave Uganda scales back its teams

July this year, the company laid off 300 staff. Wave said the decision to scales back from newer markets will help it double down on Senegal and Ivory Coast, core markets “where we are market leaders in mobile money with growing businesses,” as it continues to serve its new markets the wave spokesperson was quoted as saying.
Layoffs have become the norm as rising interest rates and an extended Bull Run sweep across private and public markets over the last couple of years. Amidst recession fears, investors are being stringent with their money, mainly toward growth- and late-stage startups. As a result, startups have had to cut costs and trim down workforces to survive for another day.-is Wave Uganda retreating to survival mode?

Has wave Uganda been encircled?

next article: a critical look at Manda mobile strategy

About the author
Moses Kaketo is a Marketing and Distribution expert. He sees business in everything. He loves writing business news, reviews and analyses. Reach him on +256782507579 or Twitter: @mkaketo LinkedIn: Moses Kaketo