Home Politics How Kayihura became a victim of his own success, internal power struggles 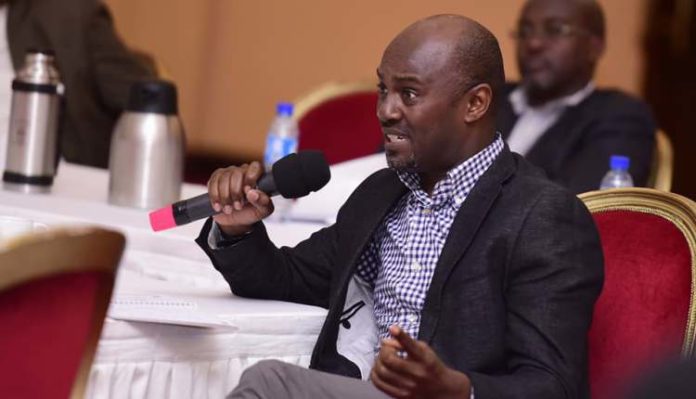 By Andrew Mwenda
Gen. Kale Kayihura, was the longest servicing officer in a top and sensitive security position under President Museveni. He must have done a great job otherwise he would not have lasted in that position as long as he did. Why then has he fallen out of favour so ignominiously and ended in jail being accused of murder?


To answer this vexing question, we need to understand Museveni’s political calculus. The president has lasted in power for 32 years by strategy not luck. He always selects the “right people” for sensitive security positions and puts in place the right monitoring measures to ensure first, they hold his enemies/opponents at bay and second, that they themselves cannot overthrow him. Kayihura was the most tenacious warrior against Museveni’s opponents and equally the least ambitious for the presidency. This combination made him a darling of the president.
Although Museveni fired Kayihura amidst allegations of increasing criminality in the country, this seems far-fetched to be the reason. True there is a lot of criminality in the country and inside the Uganda Police. Secondly, popular sentiments about criminality have never been sufficient for Museveni to fire a loyal aide and even accuse him of murder. In any case criminals were operating inside the Uganda Police long before Kayihura came-read the report of the Justice Julia Sebutinde commission.

It therefore seems that the decisive point in firing Kayihura was political i.e. a conviction by Museveni that his IGP had a) political ambitions to become president b) was using police structures to promote this goal c) the plot was aided by political structures across the country d) (and most dangerously), all this had the backing of a foreign power.
Museveni is always careful in his public pronouncements not to accuse foreign powers of meddling in Uganda’s affairs. But he has been unusually vocal in saying police had been infiltrated by criminals – and then adds “and foreigners”. Now last year senior police officers close to Kayihura were charged in the military court martial for working with Kigali to kidnap and abduct Rwandan refugees from Uganda.


Many officials of Uganda have told me that Kayihura helped Kigali conduct these operations. I am aware there was an understanding between Uganda and Rwanda to exchange criminals through Interpol although the two countries do not have an extradition treaty. Kampala officially and legally handed over nine people to Kigali, who in turn handed over 26 people to Kampala. Indeed, Kampala has not officially (or informally) complained to Kigali about this.
Yet the accusation that Kayihura was working with Kigali to kidnap Rwandan refugees in Uganda could be a disguised form of another accusation i.e. that the IGP was working with Kigali do secure regime change in Kampala. Second, given Kayihura’s known loyalty to his boss, why would Museveni believe such a claim? Here we need to understand the president’s psychology. It seems the danger detection mechanism in Museveni’s brain is always on a hair trigger. It is fine-tuned to maximize survival, not factual accuracy.
This behaviour is found in antelopes. If the grass shakes, the antelope runs. the logic is to always run upon the slightest shake in the grass or upon seeing others run.


When I was young and intelligent, I used to denounce Museveni for this behaviour. As I have grown old and stupid, I have come to appreciate how vital it is to retain power in a poorly institutionalised country. It is the cushion against coups that had made Uganda ungovernable. Look how Kayihura was fired to see this philosophy at work.
Whenever Museveni wants to get rid of a failing security chief, he just fires them. For Kayihura, the process was protracted, lasting almost six months. First, the president deployed officers from the Special Forces Command to sit inside police headquarters and understudy how Kayihura runs the show. He then sent the Chieftaincy of Military Intelligence and Military Police to conduct investigations and arrests, literally making the IGP impotent.
Then there came the process of demonization: police officers close to Kayihura were arrested and charged with conspiring with Kigali to kidnap and abduct Rwandan refugees. This was followed by a spate of highly publicised murders and kidnappings. Then accusations of police infiltration by criminals were carefully planted in media, with criminals appearing on television to “confess” their “collaboration” with the police.


There followed a deliberately orchestrated process of breaking up of political structures Kayihura had built, especially Boda Boda 2010. Although these structures were built with the active support and participation of the president, now they were labelled “criminal outfits”. During the breakup of Boda Boda 2010, “protesters” carried placards of the president as their “liberator” from the tyranny of this group.
Ugandan journalists pride themselves for being independent, and genuinely believe this delusion. But in the case of the fall of Kayihura, they missed the story of the orchestrated plan to neutralise him politically. Instead their biases against him and the police were exploited to maximum advantage to promote a political cause they were not part of.
Some of the allegations against Kayihura were not entirely false. He spent too time fighting Museveni’s political opponents thereby paying less attention to crime. His compulsive tendency to keep shifting police officers undermined certain aspects of institutional memory and development. Yet overall, I think he was a transformational figure who had a great impact on the police, making it a preeminent institution in our national life. His effectiveness won him Museveni’s trust and support but equally the anger of many outside the system and the envy of many inside it.


It is obvious that Kayihura served Museveni well otherwise president would not have rewarded him with a long tenure. Yet he has been kicked out as a villain, not a hero – ending in jail being accused of murder. Why? His enemies inside the system eventually triumphed in large part because relations between Kampala and Kigali became frosty.
Kayihura is an ethnic Munyarwanda. In the struggle for favour inside Museveni’s security apparatus, his ethnicity always made him vulnerable to accusations of disloyalty. He once told me that whenever Uganda and Rwanda quarrel, he becomes a victim: Kampala accuses him of being a mole, Kigali of being a traitor. His only line of defence was Museveni, a factor that made him fanatically loyal to the president.


Observing him over the years, I realised that his identity as an ethnic Munyarwanda weighed heavily on him. He seemed to be under constant pressure to prove his loyalty to Uganda, something that pained me. In fact of all the people inside Museveni’s inner circle I have dealt with, Kayihura was the one most willing to die for the president. I always felt this was reward for the trust Museveni had shown in him in spite of all the ethnic backbiting and mudslinging he suffered inside the system.


Thus, for as long as Museveni protected him, Kayihura breathed easily. The president was his first and last line of defence. That is how vulnerable I felt he was. Kayihura’s nightmare scenario was Museveni withdrawing this protection. Such an act would leave him exposed to the wolves inside the system and they were anxious to devour him with relish. When it finally happened, Kayihura must have been devastated.
Therefore, whatever his misdeeds (which were many) it his ethnicity not his actions, that became his undoing.