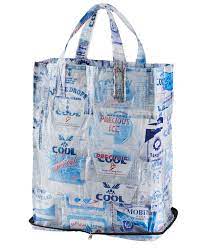 In some parts of Ghana, firewood and charcoal remain as major sources of energy for urban and rural households, while problems such as contamination and deforestation ensue.
Meantime, some Ghanaian enterprises are making bold changes by adopting the model of the recycling economy to assist in reducing the country’s environment-protection efforts.


Located at Akorley-Somanya in Eastern Region, a company named JVL-YKMA, which is a public-private partnership between Jekora Ventures Limited and Yilo Krobo Municipal Assembly, collected wood waste from sawmills to produce briquettes as firewood.
The company, which commenced operation in September last year, now has an annual production capacity of 1,000 tons of briquettes.
Manager Bernadette Dzifa Agbefu told Xinhua that the briquettes would be sold to small businesses like bead makers and commercial food vendors as well as households with the intention to reduce the use of firewood in the country.
“We have an extensive wood waste collection program within Somanya, Odumasi, and neighboring communities where we collect wood waste from sawmills to produce the briquettes here. The briquettes burn faster, have less smoke, and have no effect on the health of users as compared to the firewood,” she said.
Consequently, to further assist in preserving the environment and providing food, the company added the production of compost to their operations.

The compost is produced by processing food waste from the markets and fecal sludge which hitherto was disposed of indiscriminately notwithstanding the health consequences.
“We get our food waste from the markets within the communities following a stock separation program where we trained some market women and field workers to separate the food waste from other unwanted materials,” she said.
“Fecal sludge that would have been just deposited raw into the environment with no treatment. Now with the collection of food waste in the market, we are able to reduce the amount of waste that goes to the landfills in the community,” she said.
The compost, she said, was sold to commercial mango farmers within the area and massively contributed to their yields.


“Within next year, we hope to scale up and go commercial with our compost which is already in the market, and also go into vegetable production to serve local and international markets,” she said.
She projected the company to be an established circle economy business generating revenues and providing profits to partners.
With the two products, she said, they could potentially become a self-financing company and contribute to a cleaner environment.
Xinhua 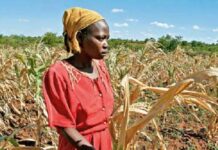 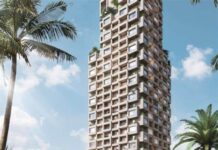 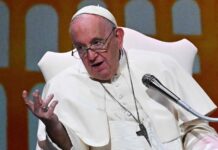