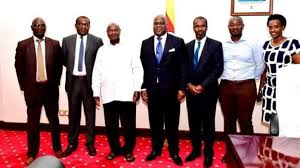 The Forum under the theme “Promoting Bilateral Trade, Investment and Connectivity for Mutual Peace and Prosperity”.

Among the key bilateral issues that will be discussed include Promotion of cross border Trade, Customs co-operation, Elimination of non-tariff barriers, Harmonization of standards; cross border infrastructural development; energy including power generation, among others.

The DRC is one of the key export markets for Uganda’s exports. Total exports for 2018 stood at $531million, with formal trade standing at $221m while, informal trade currently stands at $312m.


However, according to communiqué dated 6th November addressed to Uganda’ s Foreign affairs Ministry, the DRC says the list is not ‘ exhaustive’
‘’ the Embassy would like to inform that the this list is not exhaustive and will be completed a soon as possible with arrival of experts from Kinshasa and businessmen from North Kivu Province’’ the communiqué reads in part. 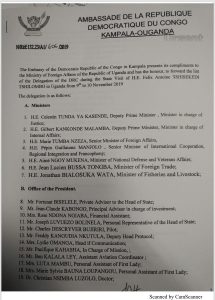 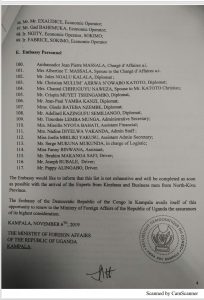