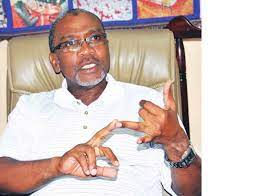 Parliament paid tribute to late tycoon BMK. A motion for a resolution of Parliament to pay tribute to deceased city businessman Late Bulaimu Muwanga Kibirige, also known by his initials BMK, has unanimously passed.
Parliament also resolved to rename Wampewo Avenue, in upscale Kampala, as BMK Avenue in his honour with the Minister of State for Public Service, Hon Mary Mugasa and the Minister for Kampala Capital City and Metropolitan Affairs, Hon Minsa Kabanda pledging to push through Parliament’s request.
The motion was moved by MP Muhammad Nsereko and seconded by MP Micheal Mawanda


“BMK was starkly aware of the needs of the poor and society at large whereupon he donated generously to several social causes, by paying school fees for many disadvantaged students with promise, building Mosques and Churches to create community centers of focus,” said Nsereko.
He added: “…[BMK has been] financing the Uganda American Sickle Cell Rescue Fund, building a cemetery for use by the community and providing office space and funding for Uganda Hotel Owners Association.”
MP Mawanda said BMK lent a hand when he ventured into the telecommunications industry in Zambia and Angola, and that he was a safe haven for Ugandan businessmen attempting to scale the heights.
The 3rd Deputy Prime Minister and Minister without Portfolio, Rukia Nakadama Isanga challenged Ugandans to emulate BMK’s rags to riches story, which she said is an inspiration to Ugandans of disadvantaged backgrounds.
“Dr Kibirige was a generous man; I do not know how we shall emulate his hard work from humble beginnings to reach that level,” she said.


In the death of BMK, MP Ibrahim Ssemujju saw the demise of local entrepreneurship, which he said is discouraged in favour of either foreign investors or those whose sources of wealth are suspect.
“The artificial tycoons who are involved in every scandal cannot make the country rich,” said Ssemujju.
His sentiments related with those of MP Muwanga Kivumbi.
“Let us know that in our villages, there are talents; you give so much to foreign investors and forget our very own; introspect and see how you can help local investors,” he said.
MP Kivumbi saw BMK’s death as a big blow to the Muslim community, which he said in the recent past has lost many luminaries.


“The death of BMK marks a very dark chapter for the Muslim community; we lost Hajji Katongole, Dr Anas Kaliisa, Sheikh Nuhu Muzaata and so many others; It has been a very difficult time for the community,” he said.
BMK, 67, died Friday, 10 September 2021 at the Aga Khan Hospital in Nairobi, following a long illness and was laid to rest at the Nkoowe Muslim Cemetery in Wakiso district.
The tycoon started out as a petty trader importing merchandise from Japan and China after dropping out of school, rising to the top echelons of business in the region.