Home Lifestyle Bayern leaves Wenger with nowhere to hide after 5: loss to Bayern 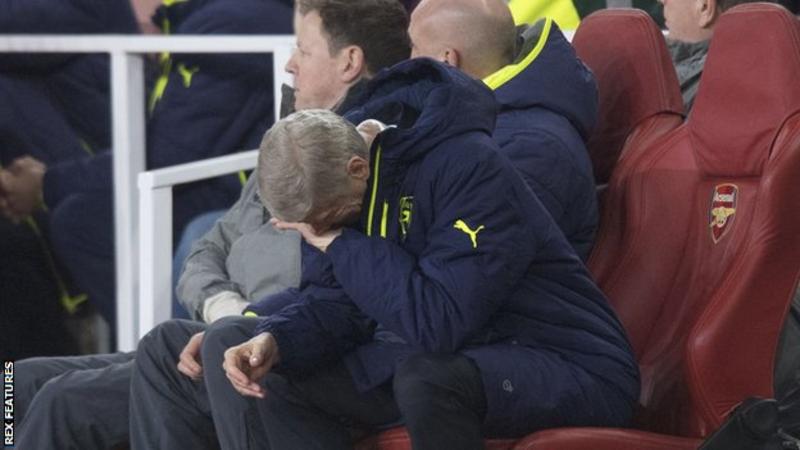 Arsenal gave an unlikely comeback their best shot for 53 minutes – before totally collapsing again as Bayern breezed into the quarters.


After 90 minutes of play, Wenger walked down the tunnel looking utterly deflated. Bayern registered their third 5-1 victory over Arsenal in a row.


The mood around the Emirates resigned and funereal; it felt like the end of days at Arsenal.
Aiming to stage an incredible recovery from a 5-1 first leg deficit, Wenger’s side briefly looked capable of a famous escape act when Theo Walcott opened the scoring in the first half at the Emirates Stadium.


But any hopes Wenger’s recent problems would be erased in historic fashion were brutally dashed by Robert Lewandowski’s second half penalty and Laurent Koscielny’s dismissal for conceding that spot-kick.
Wenger cut a forlorn figure as Arjen Robben and Douglas Costa netted before Arturo Vidal’s double fired Bayern into the quarter-finals with a 10-2 aggregate victory.


It was the first time Arsenal had conceded five at the Emirates and by the closing stages, there was a funereal atmosphere on an evening that started with Arsenal fans staging a protest march calling for Wenger to quit and ended with a chorus of boos and banners held up proclaiming: “Enough is enough – Wenger out”.