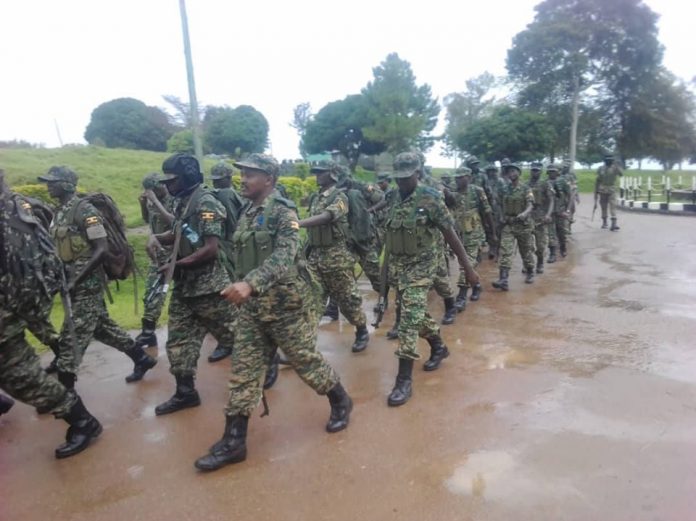 
The participants went through a 3 Km run, push-ups and sit-ups as part of basic fitness test. The combat fitness test entailed a 20 Km route-march while carrying and wearing all the basics of an infantry soldier in the field.

The exercise was overseen by the commander of A/Bde, Brig Gen Joseph Ssemwanga. He said the exercise was a follow-on of that which the Commander Land Forces, Lt Gen Peter Elwelu, launched on October 2, 2019 where the participants were senior commanders and directors under UPDF Land Forces.
“This is part of the wider national exercise meant to not only improve on soldiers’ fitness and health but also asses their combat readiness,” said Brig Ssemwanga.


The exercise coordinator who is also the Brigade’s Operations and Training Officer, Col Kantinti said all the participants satisfactorily passed the tests and exhibited high morale typical of the UPDF.


In September 2015, the UPDF adopted a number of measures to improve the health and fitness of its officers and militants. Fitness tests and having running files for routine medical examination are some of the measures meant to keep the troops mentally, physically and medically fit to execute their military roles.

read: Uganda is God’s country, whoever dares will be crushed to dust-First Son Gen. Muhoozi