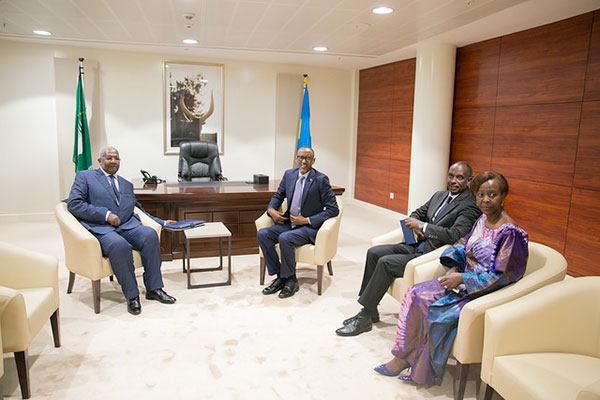 Rwanda government now claims claims, Hon. Kuteesa’s statement dated 13 March 2019 is ‘‘diversionary and does not address fundamental issues raised by Rwanda’’. Specifically:
The fate of hundreds of Rwandans, whose names are known to the Government of Uganda, who have been killed, arrested, incarcerated without consular access and tortured, nor the close to one thousand illegally deported to Rwanda in inhumane conditions.


The presence of armed groups and terrorist organisations hostile to Rwanda, including RNC, FDLR and others, who are supported in their activities, including recruitment, by institutions and officials of the Government of Uganda. The details of these concerns have been repeatedly communicated to the Government of Uganda.
The targeting of ordinary Rwandan citizens involved in regular business and trade activities, within the framework of the East African Community and the hampering of the free movement of goods, including perishables, to and through Uganda.


It is not possible to have free trade including free movement of goods if traders are killed, tortured, extorted and their property are illegally seized. These are the fundamental issues that need to be addressed.
Claims that Rwanda has instituted trade embargo on Uganda are as untrue as they are diversionary.


Rwanda’s commitment to free movement of people, including Ugandans, goods and services within the region and on the continent is unquestionable. The Government of Rwanda calls upon the Government of Uganda to address the key issues stated above and as already repeatedly communicated in bilateral settings.